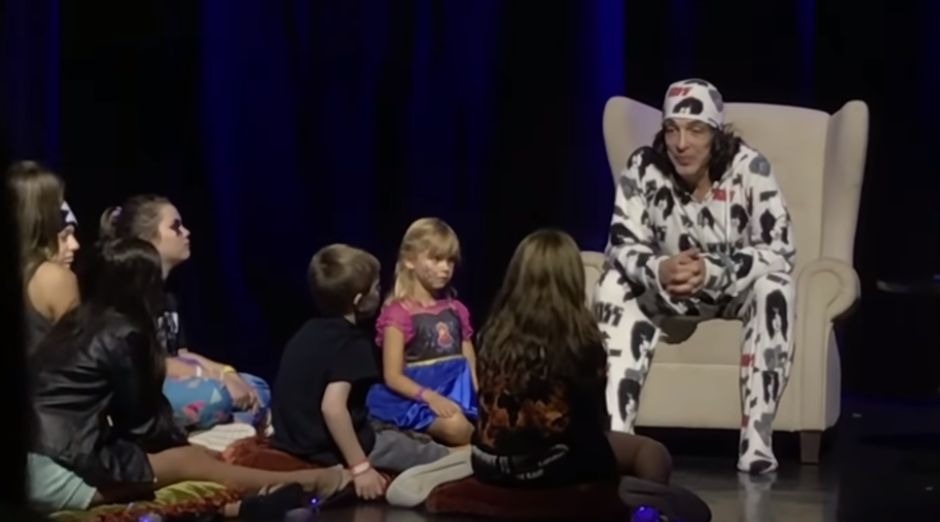 Kiss Kruise, the band’s official cruise, featured a schedule dedicated to the band promoting the trip. Among the events held, there was one at least unusual: lead singer and guitarist Paul Stanley put on a pajama and promoted the “Bedtime stories”, where he brings some children to the stage, talks about the group and reads some Children’s stories.

The chat revolved around a variety of Kiss-related topics, and often the subjects were brought up by the children themselves. The boys, for example, asked why drummer Peter Criss left the band and commented on Eric Carr, also a drummer, who died in 1991.

A fan registered all the time and posted it on YouTube. Several fans received the news with some strangeness, taking the opportunity to make some jokes.

“This is equally cool and weird,” said one fan. “Do people pay for this?” Asked another.”

During the cruise, the band revealed more than 80 dates for their 2020 tour and the final concert of the farewell tour.

Guitarist Bruce Kulick played again with Kiss during an acoustic show. The performance took place at this year’s edition of Kiss Kruise, the band’s cruise, with which the musician had already participated in a guitar concert last year.

Kulick was invited from about halfway through the Kiss show. With the band he played the songs “Hide Your Heart”, “She”, “Shandi”, “A World Without Heroes”, “Domino”, “Every Time I Look At You” and “Nothin ‘To Lose”