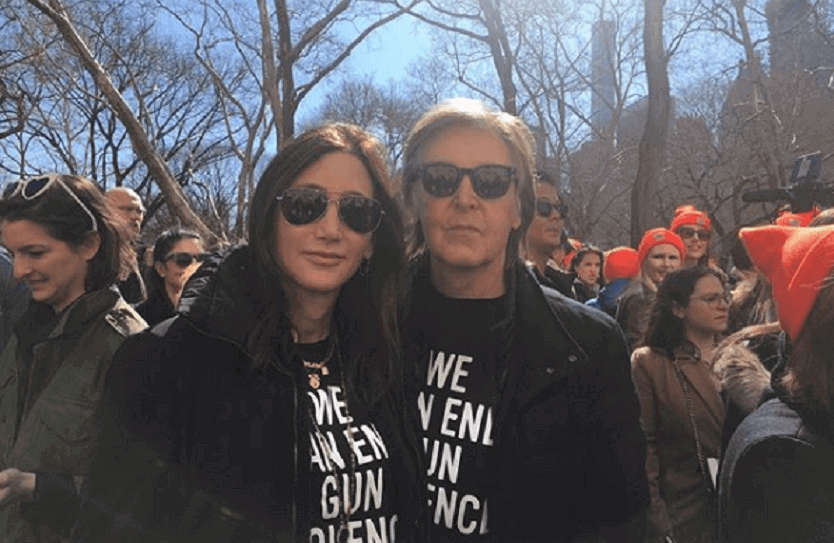 “One of my best friends was killed in gun violence right around here, so it’s important to me,” Paul McCartney told CNN during his participation in the March for Our Lives, held in New York this Saturday, March 24, in allusion to John Lennon, brutally murdered in Central Park on December 8, 1980.

Paul, who wore a T-shirt with the words “We Can End Gun Violence,” ​​commented that he does not know if the demonstrations or anything else will be able to end violence, but explained that this “is what we can do, so I’m here to give my support to people.”

"One of my best friends was killed in gun violence right around here, so it's important to me," says Paul McCartney, remembering his Beatles bandmate John Lennon at the March for Our Lives in New York City https://t.co/u4aBKWC1Jb pic.twitter.com/8Jnjn8A3xH

The event was carried out by survivors of the 17-person Florida shooting in Parkland, Florida, in 837 North American cities and nearly 40 other countries.