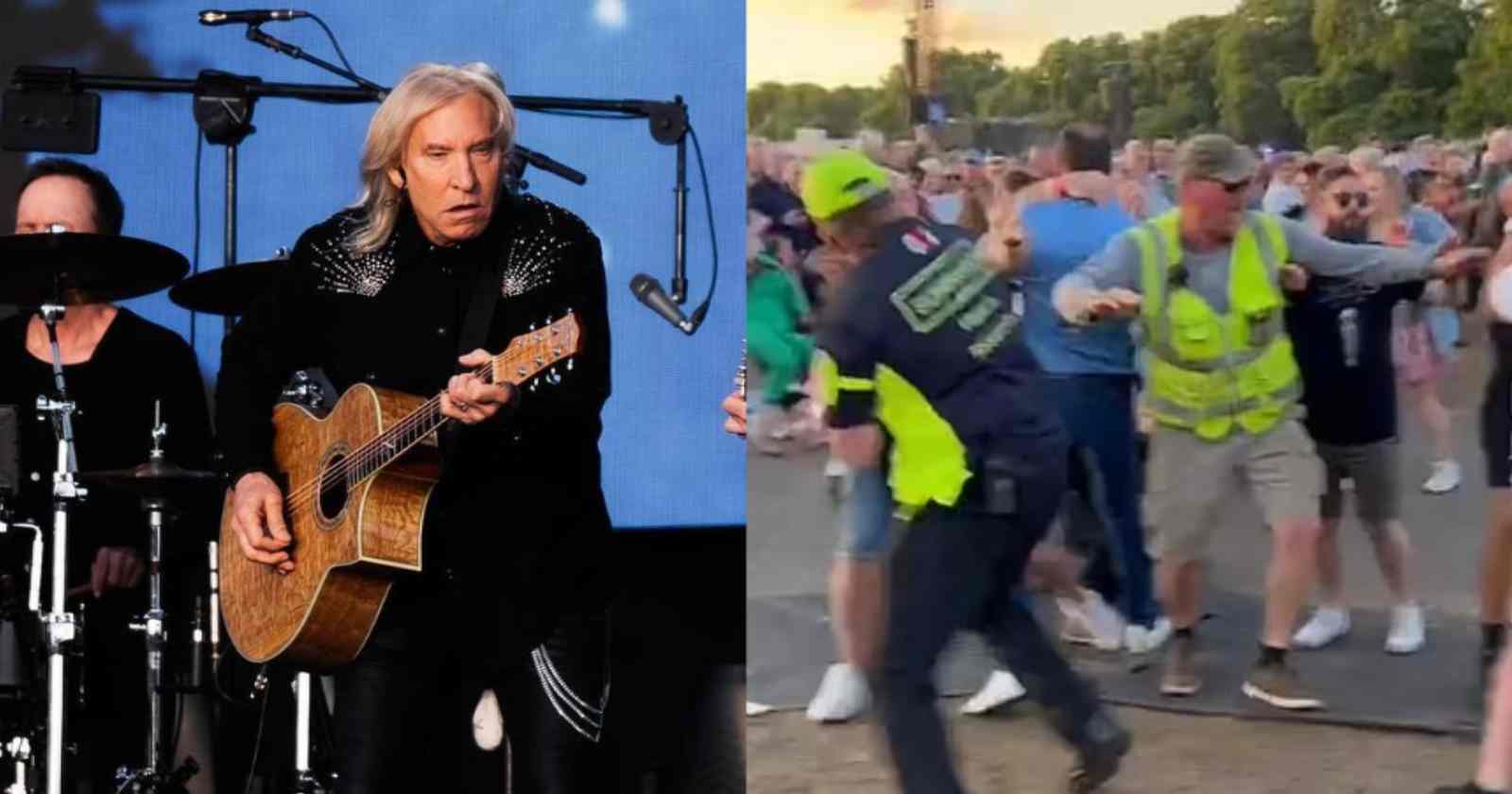 Images from @rorybarnes_ and David Toby

Some fans that attented the Eagles concert in London, England at Hyde Park last June 26 created an ironic moment since they begun to fight when the band was performing the classic song “Take It Easy”.

The incident was reported by the Daily Mail and it’s not clear why the fans were fighting at the moment. They had paid at least £399 for Diamond VIP seats, right in front of the stage.

Watch part of the crowd brawling while The Eagles were performing “Take It Easy”:

The band’s current line-up has Don Henley (Drums and vocals), Joe Walsh (Guitar and vocals), Timothy B. Schmit (Bass, vocals) and Vince Gill (Guitar and vocals). Deacon Frey, the son of the late original member of the Glenn Frey, announced a few months ago that he would no longer tour with the group. But he was part of the band’s performance at Hyde Park.

They are one of the best-selling bands of all time with an estimated amount of 200 million records sold worldwide. 100 million of them were sold only in the United States.