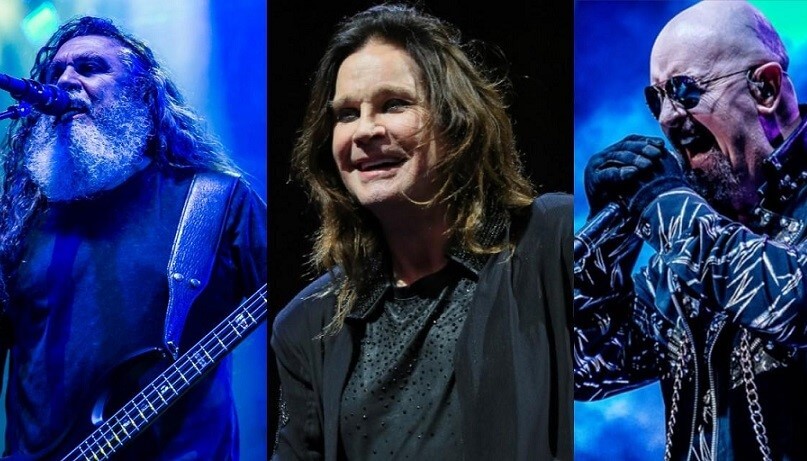 Judas Priest, Ozzy Osbourne, Slayer, Ghost, Alice In Chains and more will be on the Australian version of Download Festival, that will happened on march 2019 in Melbourne and Sydney.

The festival will happen in two days on Sydney’s Parramatta Park on Saturday, March 9 and Melbourne’s Flemington Racecourse on Monday, March 11. 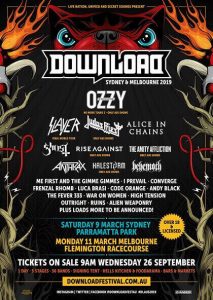 ME FIRST AND THE GIMME GIMMES

The festival happened in the country for the first time in 2018 with 30,000 fans, and organizers have previously suggested there are plans to eventually expand it into a “nationally touring event.”

Read what Ozzy said about it:

“Let me put this straight. It’s not the end of me coming to Australia — I call myself an Aussie ’cause I’m Ozzy. You are my people,” he said. “I am just not going to leave my house in January and come back in December.”

About retirement he said:

“I love my work, it’s amazing, but my grandkids don’t recognize me, Jack’s three little girls,” he said. “They are wonderful, except when they come over to the house, wreck it and leave.”