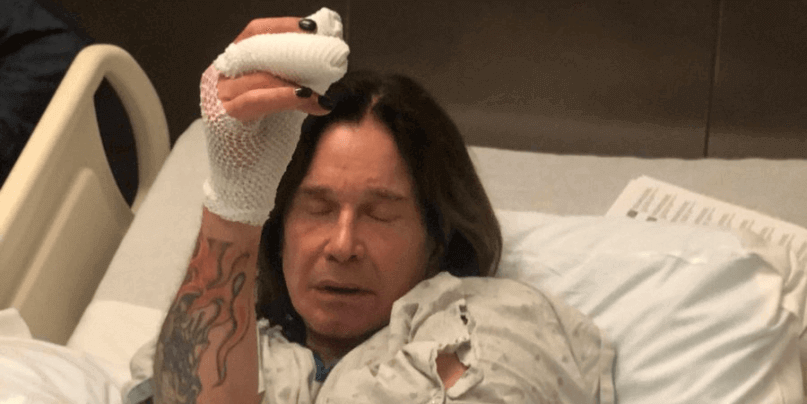 Ozzy Osbourne opened the game about the fall he suffered in April this year and its consequences on his body.

The singer fell in his house and eventually aggravated an old fracture, which he got in a 2003 accident. Because of this, Ozzy had to undergo a very heavy surgery and canceled all his concerts this year.

Speaking to Rolling Stone, the Prince of Darkness told how he was “agonizing” as the fall was quite strong.

“I fell very hard, very much. I fell flat on my face. For the first four months, I was absolutely agonizing. It was agony beyond anything I’ve ever experienced before in my life. It was terrible.”

And continued, optimistic about his recovery:

“I am taking classes in physiotherapy and occupational therapy, but progress is very slow. They say it will take at least a year. I hope to be well and ready to go in January. I’m really rooting for it.”

Osbourne also said that because of neck surgery, all his nerves were “cut” and he still doesn’t feel much force in the area. According to Ozzy, his right arm is also “permanently cold.”

The musician also revealed that he was diagnosed with blood clots in his knees.

“I don’t know where they came from. The nurse told me that I have to be careful if I hit myself, because there’s a blood clot and all that shit. It’s scary. From 40 to 70 everything was fine – and suddenly you get to 70 and everything falls apart.”