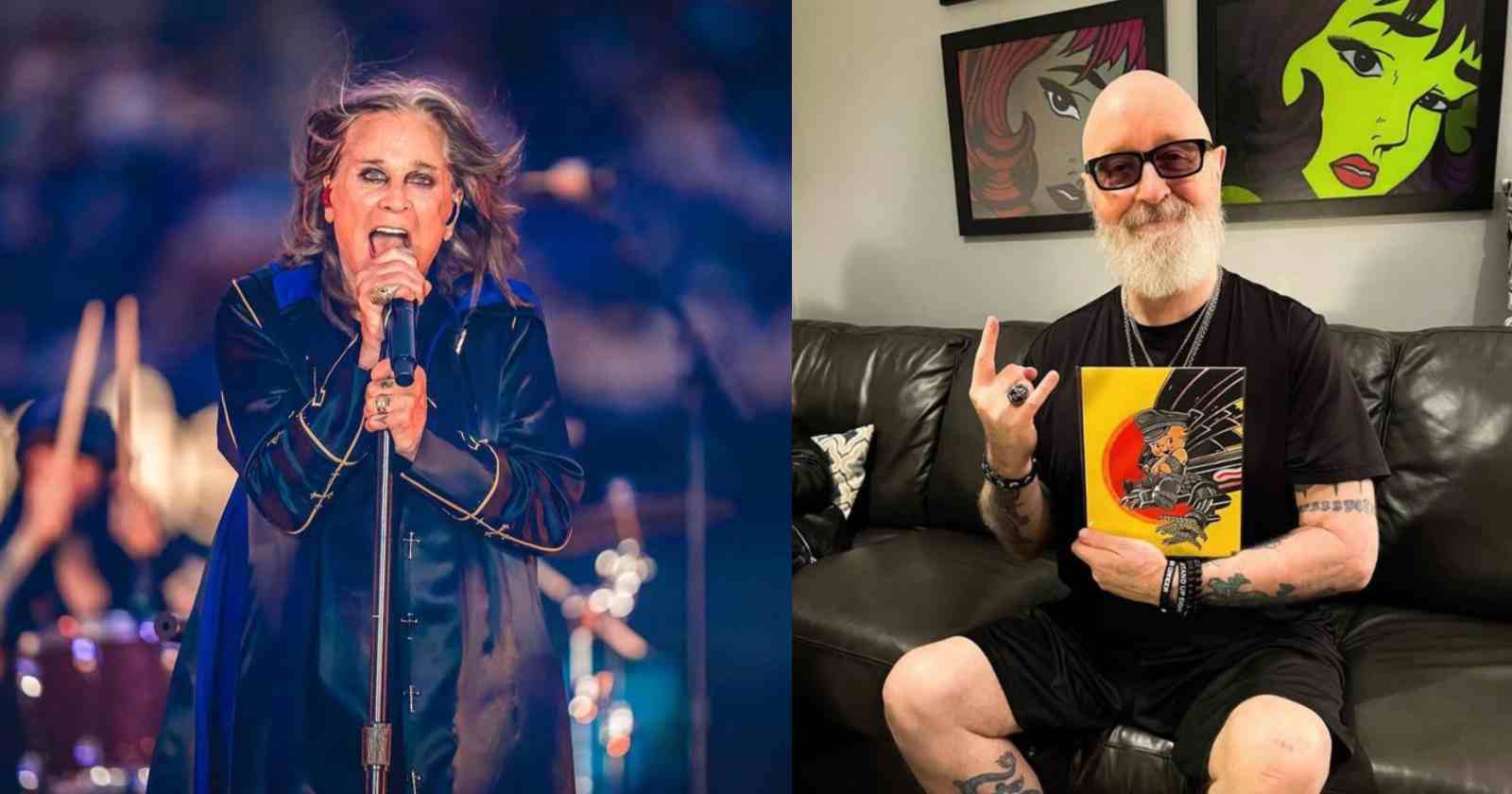 Heavy Metal was forged in the famous industrial city of Birmingham in England when Black Sabbath, formed by Ozzy Osbourne, Tony Iommi, Geezer Butler and Bill Ward released their first album in 1970. The music genre got bigger in the early 70s and it was also in during decade that Judas Priest, another band from the same town was founding their own sound and getting heavier and heavier.

The band released their first album in 1974 and in 1980, “British Steel”, their breakthrough record took Heavy Metal music to another level. Over the decades many famous artists gave their opinion on the band led by singer Rob Halford and one of them was the Black Sabbath vocalist Ozzy Osbourne.

What is Ozzy Osbourne’s opinion on Judas Priest

Ozzy Osbourne loves Judas Priest and he even said in an interview with Rolling Stone in 2017 that they are one of the best Heavy Metal bands of all time. In that conversation the musician chose their classic 1980 album “British Steel” as one of his favorite Metal records. “What can I say, the guys in Judas Priest are not only mates of mine from my hometown of Birmingham, but one of the best metal bands of all time. This album had ‘Living After Midnight,’ ‘Breaking the Law’ and ‘Metal Gods.’ British Steel is a classic that will definitely stand the test of time,” Ozzy Osbourne said.

The Black Sabbath vocalist even honored the singer Rob Halford in 2022 in an interview for the special video that was presented before Judas Priest was inducted into the Rock and Roll Hall Of Fame in 2022. (Transcribed by Rock and Roll Garage): “He (Rob Halford) can still hit the fucking notes which is mind blowing to me. He is one of my favorite fucking singers,” Ozzy Osbourne said.

Ozzy and Judas Priest would even tour together in 2019 but the concerts had to be canceled since Ozzy was strugling with health problems.

The Judas Priest vocalist Rob Halford had already performed as Black Sabbath’s singer in 1992, when the band accepted the invitation to be Ozzy Osbourne’s opening act on his farewell tour. Halford was called by the band after their current frontman Ronnie James Dio, refused to be part of that show, because he in his opinion Black Sabbath was bigger than Ozzy and they shouldn’t have accepted the offer to be his opening act.

He recalled the details of that night in an interview with Chris Jericho in 2020. “I’ve said many, many times, love of my life is Priest, but there is Sabbath. So that first time, we did have a little bit of preparation – because Tony [Iommi, guitar] called me in advance. We talked about the setlist. Then the guys came through Phoenix on their way to California, and we had one rehearsal.”

“I learned the songs, which I already knew. I know all the Sabbath songs. Then like a day or two later, we had those two shows and that was just so surreal. I think I told a funny story about getting lost on-stage before the show starts. That’s in the book.”

“We all got dressed, you know. I walked out with Tony to the left side of the stage. Then the lights get down, the fans start screaming. And then the intro tape starts. (So) I go, ‘Tony, when are walking on?’ – and he’s gone.”

“‘Tony… Tony…? I can’t find Tony… Oh, shit.’ And we said previously, ‘We go to the left and I go to the right.’ So I’m stumbling in the dark by myself, trying to find the entrance to the stage… I find it and I’m looking, there’s smoke. So I start to walk out thinking that the band is there. So I walk out to the middle of the stage. It was like a little bit of lighting, fans are going mad. I look around, there’s nobody on stage…”

“I’m like, ‘God, I’ve come out too early. Shall I walk back off again?’ Then I see Tony walking in and he’s laughing his head off. He’s a real jokester. Tony loves to pull pranks. Everybody in that band is a jokester,” Rob Halford said.

The story of when he replaced Ozzy Osbourne in 2005

13 years later, in 2005, when Black Sabbath would reunite at Ozzfest with Ozzy Osbourne as their vocalist, the Prince Darkness wasn’t feeling well to perform that day and his wife and manager Sharon Osbourne decided to call Halford to save day. As the musician recalled in the same interview with Chris Jericho, she called him just a few hours before the show, so he didn’t even had the time to get prepared for it.

“The thing over in Camden, I think it was – Sharon [Osbourne] called me a couple of hours before the show. (She) said, ‘Ozzy’s not feeling very well. Can you sing his show?’