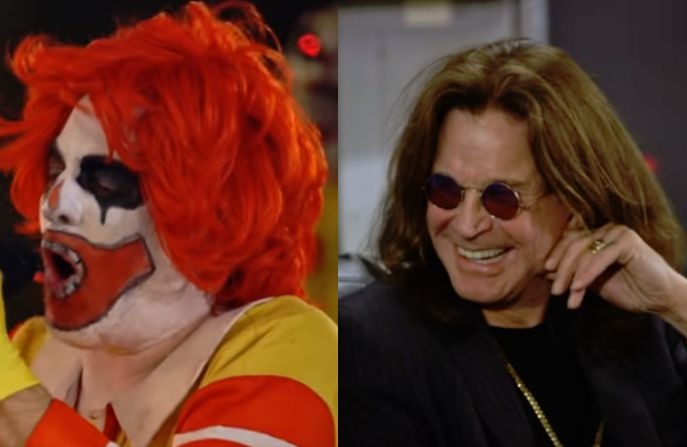 Well, there are a lot of crazy things in the world and some guys got together a few years ago and created a Black Sabbath Parody band called Mac Sabbath, inspired by the english Metal Band and McDonald’s. They bring the songs into the fast food universe.

Ozzy’s son, Jack prepared a surprise for Ozzy with this band on their show “Ozzy & Jack’s World Detour”. He took Ozzy to a warehouse where Mac Sabbath performed live for the madman, and his reaction is fantastic!

The band was formed in Los Angeles, California, in 2014 and are the self-appointed founders of “Drive Thru Metal”.

Although all of the band’s lyrics focus on the umbrella topic of fast food, Mac Sabbath takes a decidedly satirical and condemnatory perspective on the corporate food industry, addressing areas such as fast food’s negative health effects and lack of nutritional value as well as genetically modified food, consumerism and low wage McJobs.

Manager Mike Odd stated in an interview “As much as Mac Sabbath is a part of the fast food culture, the idea here is to warn you of the evils of fast food, not to endorse it”.