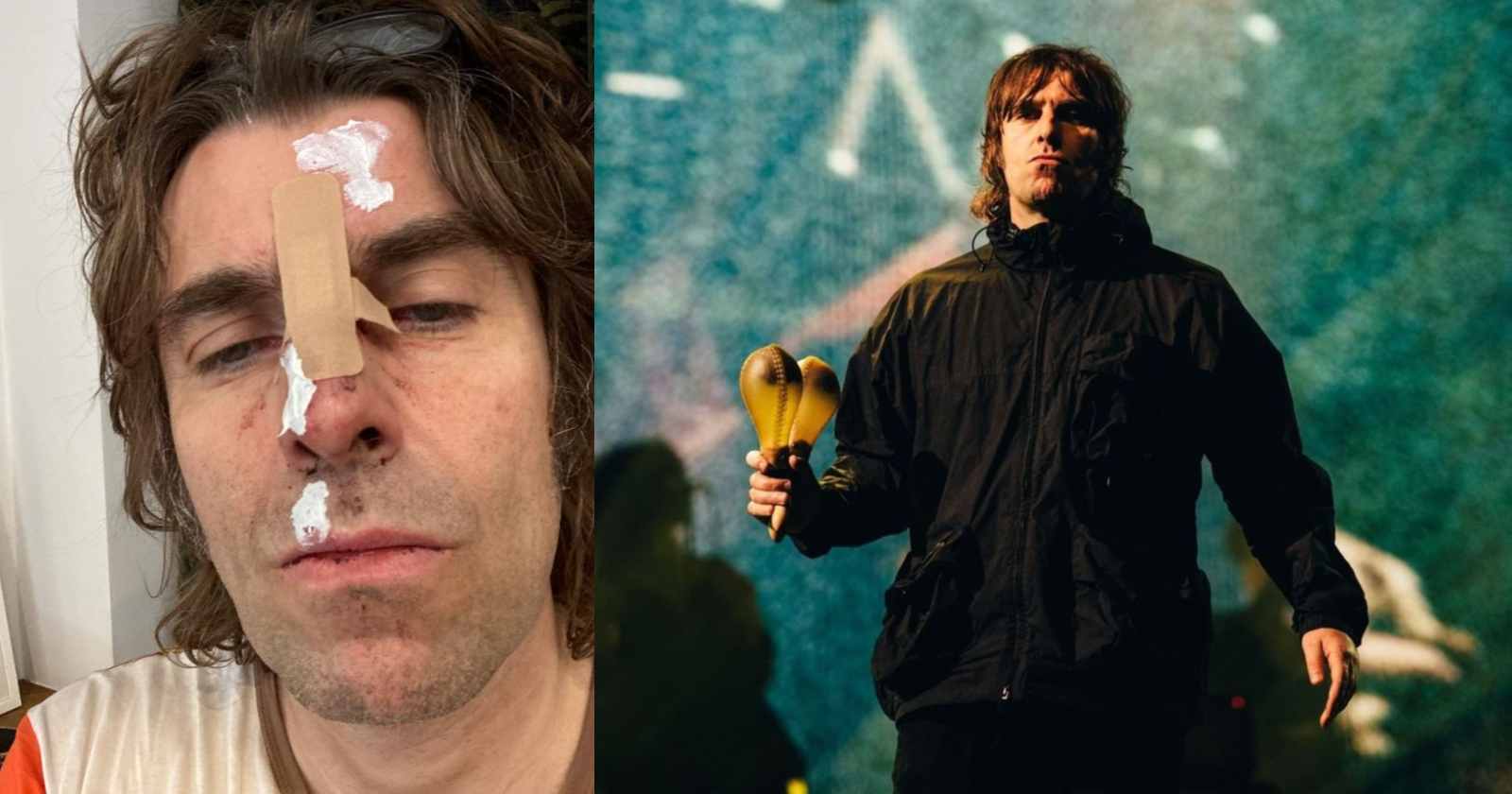 Photos by Liam Gallagher and @slb_photo

The Oasis singer Liam Gallagher posted a photo in his Twitter account that show his face with many bruises and said that he fell out of a helicopter. According to TMZ the accident reportedly happened after the musician performed at the Isle Of Wight Festival at Seaclose Park in Newport, England.

Liam Gallagher said about falling out of the helicopter:

So check this out I fell out the helicopter last night you couldn’t rite it all good who said RnR is dead Keith moon eat your drum skin out C’mon you know LG x pic.twitter.com/MSVR1C6EXk

He also said that life is precious before telling what happened:

See Liam Gallagher’s performing at the Isle of Wight festival: