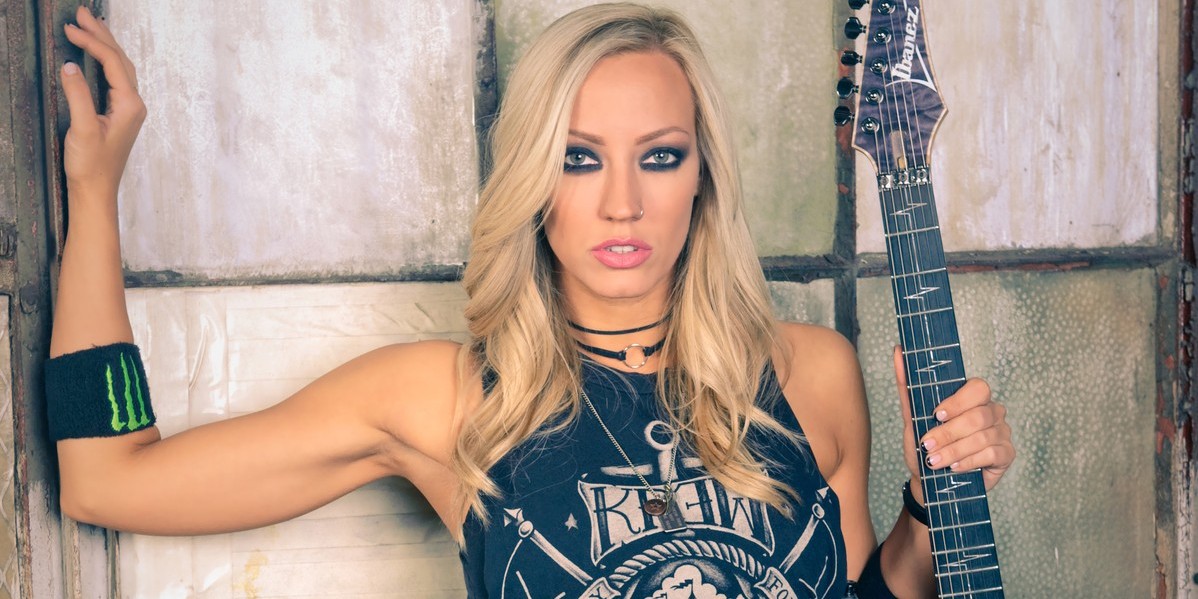 The amazing Nita Strauss, Alice Cooper guitarist, talked with Sweetwater about how she realized she wanted to be a guitarist.

Is it true that the ‘Crossroads’ movie got you into playing guitar? 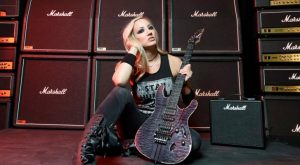 “I did not know when I heard the words, ‘Jack Butler is gonna like you’ and that laughter – I had no idea that my life was gonna change so drastically five seconds later. The smoke clears, there’s Vai with his red guitar, it looks so cool…

“And I always say – and Steve actually knows that I said this, which is embarrassing – but I still aspire to that at this day. I was 13 and I’m 31 now – I still aspire to be as cool as Steve Vai was in ‘Crossroads.’ His playing was so effortless and it just looked like so much fun to do what he was doing. 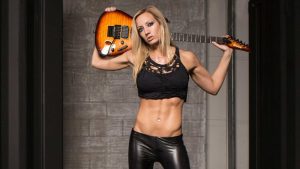 “So at the time I had a guitar. I had a $99 Squire Strat Pack that you can get at any music chain. And it comes with a little amp and a handful of picks, and capo and song book and chord book and whatnot. But I didn’t really practice, I didn’t really play. It took seeing Vai in that movie. I didn’t know you could make those sounds with the guitar. If I knew you can do that with the guitar I would have already be practicing a long time ago.

“I remember that moment. I can tell you more about that moment than I can tell you about this morning. I remember the feel of the carpet on my elbows while watching. I remember the feeling of the carpet on my elbows and I sat up in astonishment seeing Vai on the screen. And I could probably still see that whole solo that he does. That whole improvised bit, the beginning with the girl dancing around and stuff like that. I have watched it so many times. I have it on my iPad even now on the bus.

“And that scene, when I started watching that movie I had no idea what a pivotal moment that would be in my life.

“It is Steve’s fault. Thank you very much.”

“When I watched that movie I was really super into gymnastics. My mom was a ballet teacher, my dad was a musician. So I was in ballet from the time I could walk. And the next day after watching that I was an alternate on the Junior Olympic team. That’s how serious I was about doing gymnastics at that time. And the next day, I walked into the gym where I had been going since I was a child. Let’s say that practice started at 5 o’clock, I probably walked in 15 minutes late. My coach tapped the watch and I said, ‘I know, yeah.’ And I got my stuff out of my locker and I left. And I never went back. And all I did from that moment forward was play the guitar. I never even thought about doing anything else. I loved it. 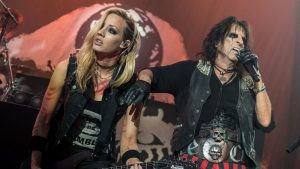 “I was a kid that was practicing every hour of the day. You could not take the guitar out of my hands. At the dinner table, under the covers with the lights out, after bedtime – I was always playing. Taking the guitar to school, practicing at lunch…

“Someone came to the show the other day and said, ‘I know someone that went to high school with you and I told her that you were playing in this band and she was like so shocked. Like, ‘Her?! She was a loner in school!” And I think they may have missed a letter in that word. [laughs] 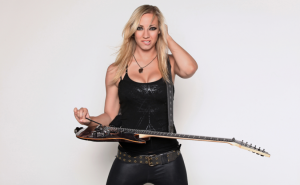 “Because I was such a loner. And I probably came across like that because I was playing in bands. I had friends that didn’t go to my school. I was 15-16 playing in bands with 18-20 year olds that went to different schools or were done with school. So I probably did look like a total loser in school. But it was because I was practicing. I was getting just one step closer at that time to be where I wanna be.

“And one of my favorite quotes is from Seneca: ‘Luck is what happens when preparation meets opportunity.’ And I think as long as you are prepared the best that you can be, if anything comes your way, there’s very little chance that you can fail.”