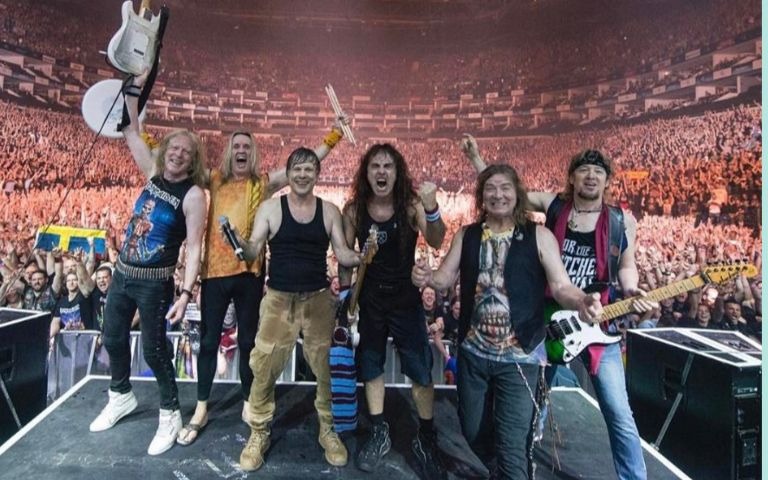 Drummer Nicko McBrain praised bassist Steve Harris on video in Iron Maiden’s YouTube channel. The comment was made as McBrain spoke about the repertoire of the band’s current tour, “Legacy of the Beast.”

Steve Harris is not just the bassist of Iron Maiden. The musician is the founder, leader and main composer of the band.

All of the group’s material goes through his sieve, and he alone signs songs such as “The Number of the Beast”, “Aces High”, “Phantom of the Opera”, “Iron Maiden”, “The Trooper” “Run to the Hills”, “Fear of the Dark”, “Wrathchild”, “Rime of the Ancient Mariner” and “The Clairvoyant”, among many others.

“Mr. Steve Harris … I need to be honest with you: he comes up with these songs, he never ceases to amaze me with his brilliance,” said Nicko McBrain.

Then the always humorous drummer said his fellow bassist is “an alien.” “I think he is from another planet. I think he is an alien. Now, you might think this is crazy, but he is not from this earth. Or, if so, he is blessed by the spirit of God, because he comes with these incredible talents,” he said.