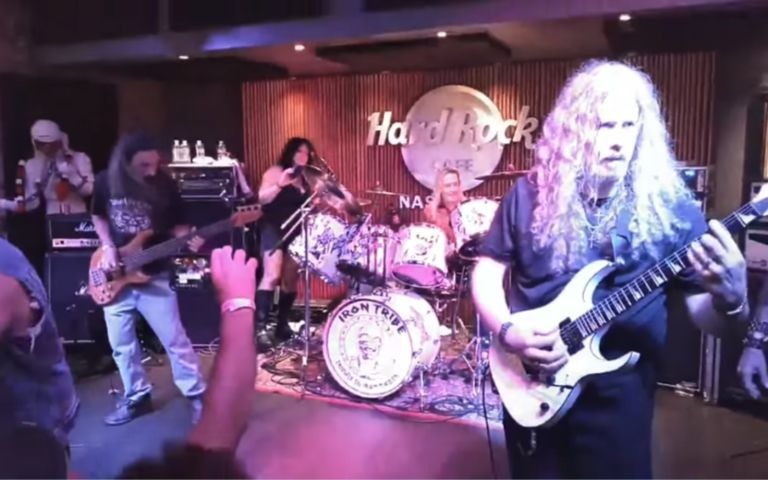 On August 18, drummer Nicko McBrain joined Iron Tribe, an Iron Maiden tribute band, to play the classic “Run To The Hills”. The unusual fact happened at the Hard Rock Cafe in Nashville (USA).

Michael Henry “Nicko” McBrain (born 5 June 1952) is an English musician and drummer of the British heavy metal band Iron Maiden, which he joined in 1982.

Having played in small pub bands from the age of 14, upon leaving school McBrain paid his bills with session work before he joined a variety of artists, such as Streetwalkers, Pat Travers, and the French political band, Trust.

He joined Iron Maiden in time to debut on their fourth album, Piece of Mind (1983), and has remained with them since, contributing to a total of thirteen studio releases.