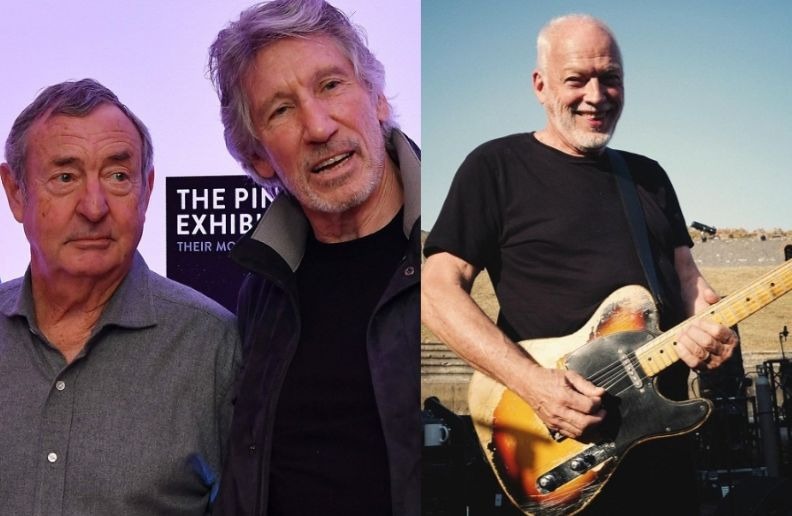 In an interview with the Meltdown show, Pink Floyd drummer Nick Mason talked about his new band Nick Mason’s Saucerful of Secrets and of course about Pink Floyd and possible reunion of the band.

What kind of songs have been getting the best reaction from the crowds overseas?

“Well, it’s mixed in terms of which are the most popular because they cover quite a broad period of time – everything before [1973’s] ‘The Dark Side of the Moon’ is kind of not overly popular.

“And I think in some cases people assume that ‘The Dark Side of the Moon’ – that that’s where we stared, which of course isn’t the case; we had five or six albums before that.

“So, there’s a lot of material, in some ways there’s something for everyone, there’s the wild, improvised psychedelia, the English country, sort of country, music, and then the beginnings of, I suppose you’d call them classics, really.”

I guess I’ll call every Pink Floyd song a classic. I’ve talked to a lot of you guys recently from the ’70s prog-rock scene. It’s always interesting to talk to you guys. Why do you think that was the big decade for what you guys did?

“Well, I think it was probably, like most things, a mixture of different elements, but one thing that happened was that the timing was right. I mean, The Beatles really kicked all of this up, it made a big difference.

“If you look at the world now, young musicians are absolutely as good as we ever were – if not better – but it’s just much more difficult to get heard because there’s so much stuff going on.

“There’s games and films, and just everything. At that time [back in the ’70s], people just took music really seriously.”

Are you discovering new music?

“I think with dementia setting in, everything is new – what is fun is revisiting the older material. I remember it, but I don’t remember it properly. It’s quite fun to unravel it, thinking about how to play it again.”

“Absolutely, love it. I mean, my experience with this particular band is almost like a time machine to 50 years ago. Enthusiasm to play and to work together – that’s absolutely remindful of early Pink Floyd.”

You just talked about vinyl and stuff, what are your thoughts on the resurgence of vinyl?

“I think it’s terrific, but I think it’s still going to remain at the sort of niche market, just because I think people are so used to listening to music in less effective forms.

“People live in smaller spaces, particularly in Europe, and there isn’t necessarily room for those enormous speaker cabinets.”

Have you heard Avenged Sevenfold’s cover of ‘Wish You Were Here’?

“No, I haven’t heard that. I have to say I really like hearing our songs covered by people when they do their own interpretations of it.

“I’m less enthusiastic about tribute bands where everything is done as accurately as possible.”

“Yeah, it’s really alarming, some of them feel better than I did.”

So, for how long have you been playing with this particular band that you’re going on a tour with?

“We’ve put it together in the spring of last year, and we did a few gigs in London, mainly pub gigs, which was terrific. People really liked it, so we took it out to Europe, had a great time.”

Do you ever sit back and think about the legacy of Pink Floyd?

“I try not to. What’s always interesting is sort of what we are doing now, and I think one of the reasons this band exists is because we actually spent quite a lot of effort a couple of years ago, putting an exhibition together in London at the VNA museum, which is sort of traveling around now.

“That really was a sort of look-back through history, it was really interesting to do it, but at the end of the day, you go, ‘I really like what I’m doing now,’ rather than, ‘This is what I did 20 years ago.'”

How big is your car collection?

“Yeah, definitely. I have a lot of friends with great cars, it’s one of the best ways for making friends, really.”

I saw a picture of you and Roger [Waters] recently, from like, 1989 or something with your Ferraris and stuff. There are some people that will never own a Ferrari, you owned one 30 years ago. How many cars do you think you have?

I asked James Hetfield how many cars he has and he didn’t know how many he had, so at least you’re in the ballpark, I suppose. Your racing and all that kind of stuff still, huh?

“Yeah, I’m doing racing, but I’m very fortunate that my kids like racing. My daughter did the right thing and married a professional race driver, so I’ve got someone to put in the car if I’m not going to do it myself.”

Do you ever see a day when you guys get back together, maybe play again?

“No. It’s the question everyone would like answered, but I don’t really think so. I think Roger and David [Gilmour] are happier doing their own things and not working together.

“It would be great if they did, I’m ready, but I’m certainly not going to hold my breath.”