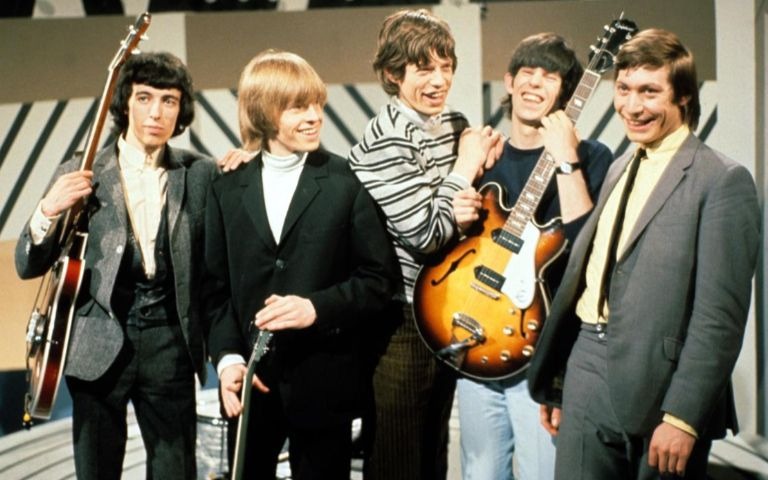 This year is the 50th anniversary since the death of Brian Jones, founder of the iconic rock band Rolling Stones. The singer was found dead at his poolside at Cotchford Farm in southern England, and his death to this day is considered a mystery.

Some flashes of this investigation will appear in a Netflix documentary based on the book Who Killed Christopher Robin?.

In July, his daughter Barbara Marion granted an interview to Sky News and said that his father’s death was not properly investigated and believes he may have been murdered. In new evidence about the case, an unprecedented interview rekindled suspicions that a crime was committed that at the time police covered up the situation.

On the night in question, July 2, 1969, Jones was discovered dead at 27. Three weeks earlier, the musician, who founded the Stones, had been fired from the band, which would sell over 240 million records at the time.

Hundreds of reports and documentaries were made to discover the truth. One of the motivations raised for a possible theory was the financial dispute between Jones and builder Frank Thorogood.

In images taken by the Sunday Mirror, Jones manager Tom Keylock features the artist and his friends being “out of their mind” after eating some hashish cakes.

The agent, now dead, was interviewed in 2009 by Rawlings, who spent 30 years searching for the truth.

In an interview, Keylock finally admitted that he was at Cotchford Farm, and he spent years denying that he was there.

“Believe me, this is the last interview I’m going to do at Brian Jones. Forty years later, I’m still hearing stories. I’m getting sick of it,” he said.

According to the official version, there were only three guests that night: Brian Thorogood, Anna Wohlin, Jones’s girlfriend, and Nurse Janet Lawson, Keylock’s girlfriend.

Everyone who made police statements said Jones was drinking and was taking some sleeping pills, Lawson said. In addition, everyone claims they left the pool and went to separate parts of the house minutes before Jones drowned.

But the puzzle assembled by Rawlings defies the official version of that night and puts many people in the party. Keylock said in an interview: “What people don’t know is that the [hashish] cakes were very strong. That’s why they were all stoned and didn’t even know what day it was.”

“Janet tells me she doesn’t remember anything because she was out of her mind. I was the only one who wasn’t stoned. I was there and that’s why I know the truth.”

Keylock believes the police investigation was thwarted and admits to being informed by his brother Frank, a senior Scotland Yard CID official.

In other allegations, Keylock says, “The reason I know it’s a cover-up is because my brother was at the IADC and he said, ‘Just forget, they made a decision, it was accidental death.'”

Police cover-up – and other allegations are described in the Netflix documentary. With some testimony, Rawlings said Thorogood believed that Jones owed £ 6,000 to him.

Jones’s girlfriend Anna Wohlin, who returned to Sweden shortly after his death, later seemed to strengthen the theory that Thorogood murdered Jones.

“I don’t know if Frank wanted to kill Brian. Maybe it was a pool joke that went wrong. But I always knew he hadn’t died a natural death.”

Nicholas Fitzgerald, a friend of Jones, said he arrived at 11 pm (police arrived at 12:12 am) and saw “at least three men and one woman” looking at a floating body.

Bob Marshall, head of the investigation team, said there were “six or more” guests at the party. But the identity of others remains a mystery.

The documentary states that coroner Angus Somerville was bribed for the autopsy. Sommerville, who died in 1981, mysteriously received 12,000 Dunlop shares that were placed on his account on the day of Jones’s death.

Rawlings said, “It’s very suspicious. The timing is perfect. It could have been something Frank had done. He had a lot of money and would have been able to do that.” In addition, he has revealed that he is investigating whether Jonah was beaten before he died. “Rumor has it that he was covered in bruises, so I’m trying to get to the bottom of it.”

Even with the desire to discover the truth, Rawlings fears that new questions will never be answered. “Maybe your killer will never be brought to justice.”