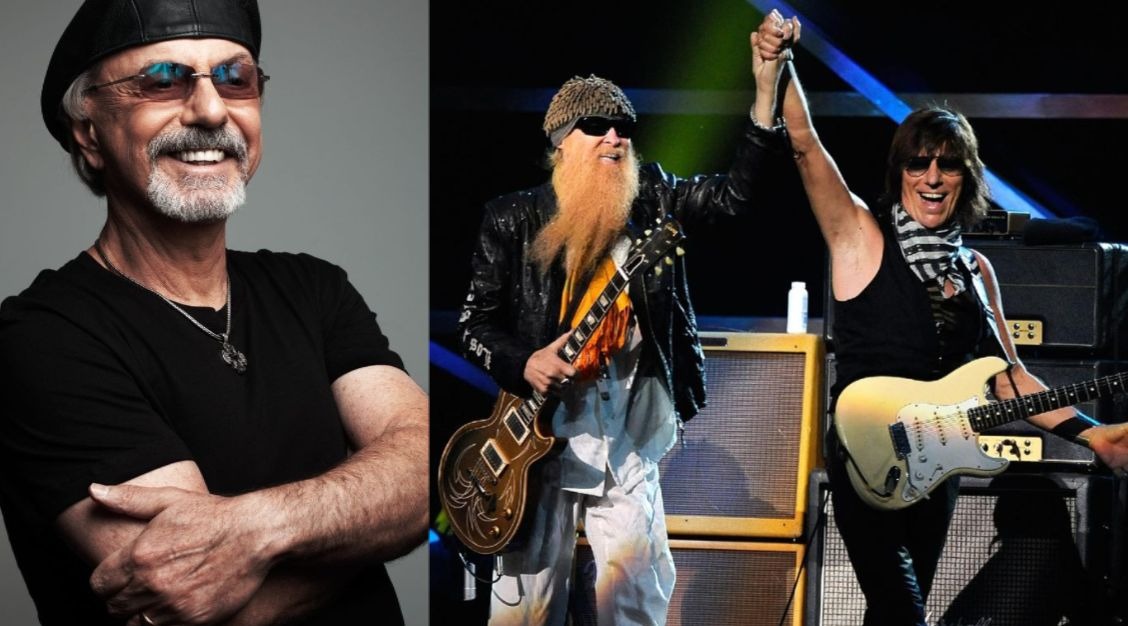 The legendary doo-wop/rock singer Dion will have special guests on his new album called Blues With Friends. ZZ Top’s guitarist Billy Gibbons, guitarist Jeff Beck and Bruce Springsteen will perform on the album with the musician.

Besides them, the record will also have Joe Bonamassa, Van Morrison, Paul Simon and Brian Setzer.

About the special guests, Dion said:

“I wanted an album of songs that were strong and memorable and told stories that were worth telling. The blues have been at the heart of my music since the early ’60s. ‘The Wanderer’ is a 12-bar blues. And I was covering Willie Dixon and Jimmy Reed in my early years at Columbia. Much to the dismay of my corporate masters.”

“I needed to round up the best guitarists and musicians alive and pick them from every generation, every variation of blues,” Dion said.

The album will be released in June 5 by the new Keeping the Blues Alive label founded by Joe Bonamassa, the guitarist who helps out on the opening track and lead single, “Blues Comin’ On.”

About the song with Jeff Beck, Dion said:

“Can’t Start Over Again” (with Jeff Beck) “My earliest influences were country blues, especially Hank Williams. Any money I earned I took to the neighborhood record store, where the owner used to razz me about my “hillbilly” tastes. I guess I still have that hillbilly inside. For my last album I wrote a song called ‘I Can’t Go Back to Memphis,’ but I go back there with this number. It’s about love and loss and heartache, the classic themes. I believe it’s a true blues song. I asked Jeff Beck to play something on it, he said yes! What can I say, it’s Jeff Beck.”

Dion also talked about the song with Billy Gibbons:

“Bam Bang Boom” (with Billy Gibbons) “This is another song that started as phrases I wanted to sing. ‘I stepped into love.’ The lyric does a good job of describing what happened when I first met Susan. We were both teenagers. She was new to my very Italian neighborhood in the Bronx and she was a redheaded transplant from Vermont. Bam bang boom! Billy Gibbons was a joy to work with on this. There’s nobody like him.”

And the one with Bruce Springsteen:

“Hymn to Him” (with Patti Scialfa, vocals, and Bruce Springsteen, guitar) “I first recorded this song for my 1987 gospel album Velvet & Steel. But songs are never finished… I kept hearing this with Patti’s voice, so I asked her to help me remake the song. When she started singing and layering her vocals down, I got a big surprise. Bruce walked into the studio with his guitar and asked to play a solo. They made it something sublime.”

Dion Francis DiMucci was in born July 18, 1939) and is an American singer and songwriter whose work has incorporated elements of doo-wop, rock and R&B styles—and, most recently, straight blues. He began as lead singer of Dion and the Belmonts. After he started his solo career.

He had many hits in 50s and early 1960s. Being remembered for the singles “Runaround Sue”, “The Wanderer”, “Ruby Baby” and “Lovers Who Wander”, among his other hits.