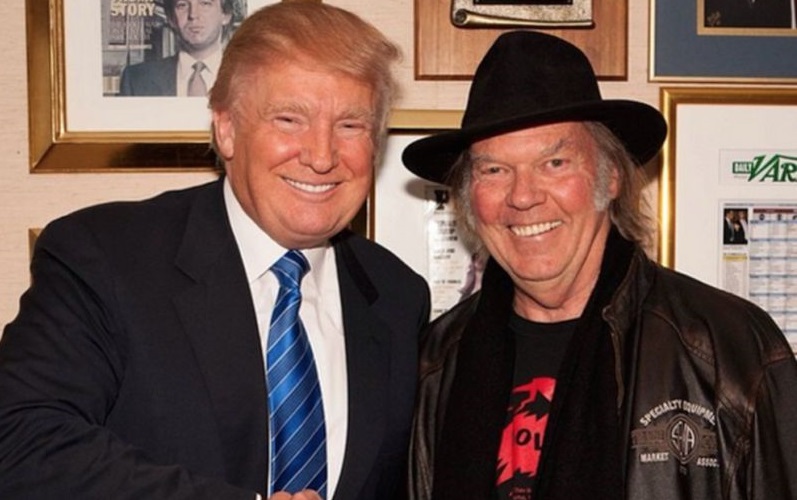 After Rihanna, Axl Rose, Rolling Stones and several other artists and bands complaining about Donald Trump, it was Neil Young’s turn.

The musician is unhappy with the use of his hit “Rockin ‘in the Free World” at events promoted by the president of the United States. The “fight” began in 2015, during the campaign of the then candidate Trump, who at the time stopped using the song.

After knowing that the politician returned to use the track, Young published a statement on his website:

“DT is not allowed to use the song ‘Rockin’ in the Free World ‘in his appearances. Legally, he has the right, however, goes against my wishes. I made this very clear after he played a moment in the media to announce his candidacy. I then asked him, in a widely shared public letter, to cease and desist.”

“This man does not represent the character of the people in America that I have known and loved.”