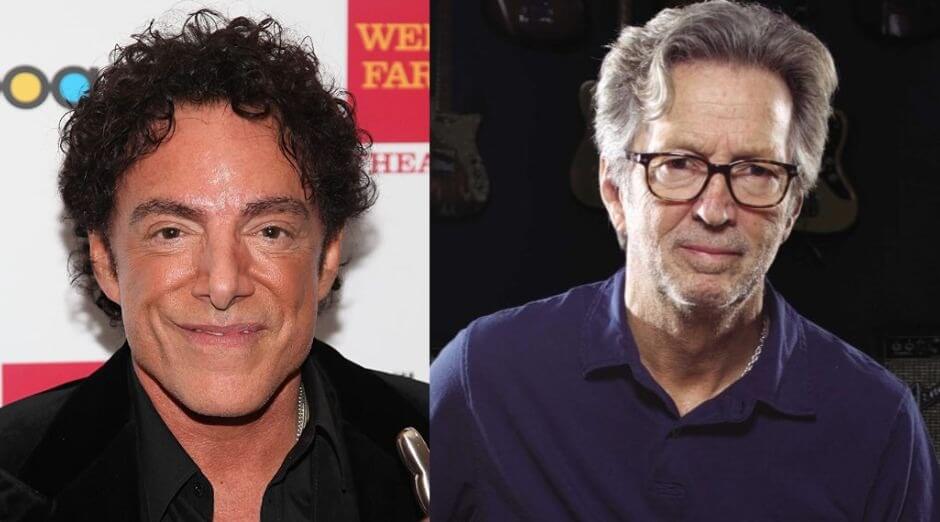 Journey‘s guitarist and ex-Santana, Neal Schon revealed that he refused to join Eric Clapton‘s band when at the age of 17 and John Lee Hooker group at the age of 13. The musician explained in an  interview with Joe Bonamassa why he didn’t like the idea of playing with them.

“True or false: Eric Clapton asked you to join Derek and the Dominos? Why did you turn him down?” 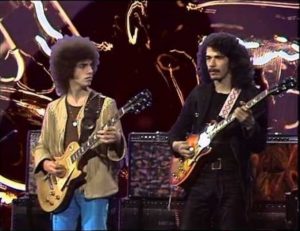 “True. It was really crazy. I didn’t really recall what my ex-manager [Herbie Herbert] recalls, and I saw a program on Reelz the other night, there was a documentary on us that he was in, and he was telling the story about Clapton coming in while I was jamming with Santana.”

“And so, we’re in there, jamming in the weird hours of the morning, and here walks Eric. I was like the shy little kid, and I was shocked because he was a mentor to me, a major mentor to learn how to play by listening to all of his records.”

“He sat down and we played a couple of hours. Then he got up and said, ‘I got to get out of here, I got a show tomorrow at Berkeley.’ I was just astounded and couldn’t believe what was going down. Even though I’ve never even talked to him. Then I went into the studio the next day. There was a note from him that he wanted me to come by Berkeley and jam with him in Derek and the Dominos,” Neal Schon said.

“And so I got a ride over there by somebody that was very nice, just gave me a ride. I didn’t have a car or a driver’s license – and I walked in, and Herbie Herbert was already over there. His story sounds – he didn’t know I was coming. I had gotten asked by Santana that day to join the band that day that he had asked me to go in. Right before I was in to meet him.”

“Eric said, ‘Well, I’m really glad you came. I really want to jam, and I would love for you to be in the band.’ And I was like, ‘Well, I’d love to. But I just got asked to be in Santana. And then he [Herbie] claims that he took me outside and had his hand around my throat and said, ‘You little motherfucker,’ and that I said, ‘Go ahead, call Rowley up,’ and he goes that sure enough, they did.” 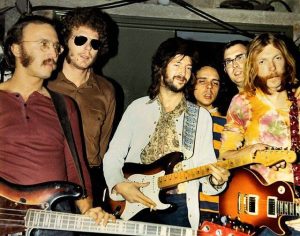 “And I moved out of the room and went to talk to Herbie. He wanted to kill me for saying that Santana asked me.’ I came back in, and he says, ‘I’ll tell you what, we’re gonna play 7-8 songs, and I’m gonna introduce you as a good friend who’s gonna come on stage and play the rest of the show with us.'”

“What I can’t believe is that nobody took a picture of that night. There was a really crappy recording that someone found, even barely audible. I was like, ‘Just one picture, man,’ and it just does not exist.”

We almost lost you to the saxophone and the oboe. You played oboe and the saxophone before you played guitar. You joined your father’s band by 12, and by age 17 you were in Santana. So you developed quite quickly.

“You know, a lot of my favorite guitarists, they’re blues gods; Buddy Guy, Albert Collins, Howlin’ Wolf, John Lee Hooker I played with when I was like 13 here in San Francisco. We became friends, and he asked me to come down to the studio one day and record with him. And he goes, ‘I want you to come over to my house and my wife’s gonna cook for you.'”

“So I went over to his house, and she cooked us this amazing meal. And we sat down, and we talked, and he talked to me, tried to talk me into quitting high school. Which wasn’t an issue, it’s just I couldn’t go on tour with them, legally.”

“He’s like, ‘I’d like you to come on tour with me,’ and I’m like, ‘I’d love to go. But I can’t get out of school right now. I don’t think my folks are gonna let me.’ It got so bad with me toward my folks. So I was not really attending school. I was getting both my folks worked. I’d go and I’d be hanging out with my friends playing in the garage, and I wouldn’t be going to school.”

In the scope of just a couple of years, you were asked to join John Lee Hooker’s band, Derek and the dominos, and ultimately join Santana. How long were you in Santana?

“I was in Santana close to two years, at the end ’72, and we’ve done two albums. We did the third Santana record [1971’s ‘Santana III’] and [1972’s] ‘Caravanserai,’ where I started understanding that Carlos wanted to go into a more jazzy place, and [keyboardist Gregg] Rolie and I kind of wanted to continue in the vein of where the third record was.”

“I toured the world with these guys, it was such an experience to go to all the different countries. I mean, I was still in high school, and I’m in Africa, I’m everywhere, man. It was quite an experience, and they were crazy, man, I’m lucky to be alive. But those are the times I will never forget, really great times. And Carlos and I remained to be best friends. So he’s been talking to me about doing a record with him right now with Sonny Sharrock, he wants to use Sonny Sharrock’s band.”

“And so he sent me all his music. I’m aware of him and listened to it before I started digging into it a little deeper in case it does go down. Because I think we’re gonna have a little more time on our hands here at home,” Neal Schon said.