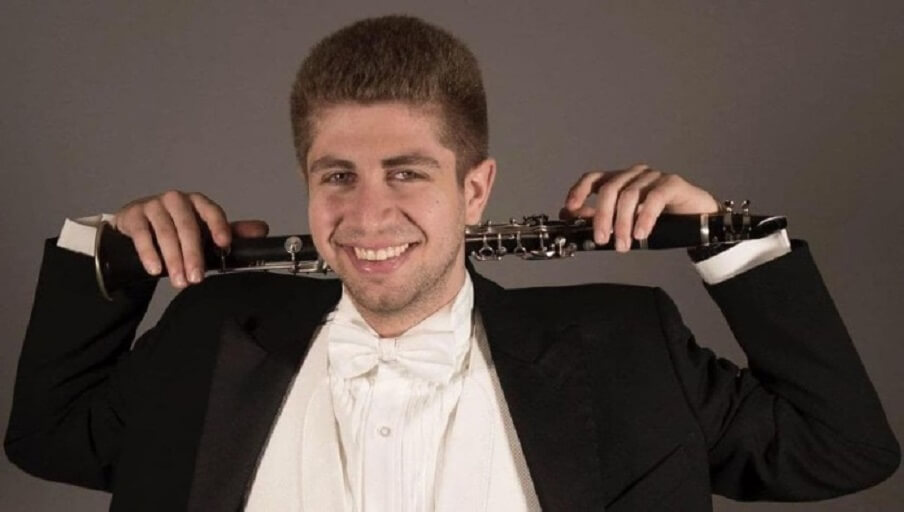 Ever thought if you had the big chance of your whole life and someone took it from you out of selfishness? How much would it cost?

For a court of law has just determined that for Eric Abramovitz, a Canadian clarinetist, that is worth 350,000 Canadian dollars,

Eric filed a lawsuit against his ex-girlfriend, Jennifer Lee, who also works with music and a few years ago took a golden opportunity that the guy would have in his career.

Both studied at McGill University in Montreal and Eric went through a selection process to compete for a scholarship at the acclaimed Colburn Conservatory in Los Angeles where he attended classes with Yehuda Gilad, one of the most acclaimed clarinetists on the planet.

Every year only two places are open for this position, and it goes without saying that the whole world is watching them, so the competition is tough and the chances of getting one are quite small.

In March 2014, Eric received a rejection email after participating in the qualifying process and even reaching the face-to-face auditions stage. According to him, after the negative came “really dark, sad and very angry” times in his life, and himself was comforted by then-girlfriend, Jennifer Lee.

It turns out that the musician had been accepted for one of two spots, but the email of approval never got to him because Jennifer saw him first and not only did not get him to reach the recipient, as he sent one with the opposite answer.

According to the court that analyzed the case, Eric’s ex-girlfriend did not want him to move from Montreal to Los Angeles, so he acted that way.

A description of the case judge tells how it all happened and gives details of the terrible plot that the girl had designed so that her ex-partner would not move:

Despite the negative, Eric did not give up the chance to work with Gilad, so after a few months and the end of the courtship, he decided to return to California where he auditioned for another show.

Although in that program the acclaimed clarinettist participated much less, he even found Eric in one of the auditions and that’s where the “crazy talk” began.

Gilad asked him why he had rejected him, and Eric said that the rejection actually came from the teacher.

The supposed e-mail rejection was sent to him, who then said he never wrote that in his life. It was then that things started to become clearer and Abramovitz kicked one of the passwords that his ex-girlfriend used in the online accounts to try to enter the false e-mail. It worked out and he still found out that the account recovery email was just the girl’s.

Eric filed a lawsuit in the amount of 300,000 Canadian dollars, and the judge not only granted the amount but also added 25,000 for Jennifer’s “morally reprehensible conduct” and another 25,000 for damages for “the incomparable personal loss suffered by Mr. Abramovitz for having a personal dream stolen by someone so close. ”

Gilad himself wrote a text to assist in the process, giving grounds for the prosecution:

I am very frustrated by a highly talented musician like Eric having been the victim of an unthinkable and immoral act that delayed his process and his breakthrough as a prominent young musician and also delayed his start in a promising career.

In spite of the delay in the beginning of the studies, Eric got to study with Gilad and today is member of the Symphony of Toronto. And ah, he has a new girlfriend.

Continue Reading
You may also like...
Related Topics:Featured, news