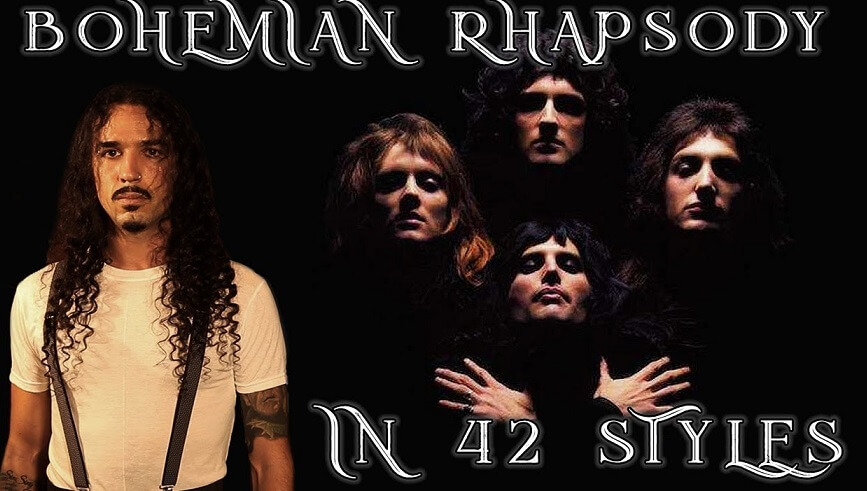 Anthony Vincent is known for his YouTube channel where he re-recorded classic songs in the style of several different bands, he decided to attend numerous requests and played Queen’s classic “Bohemian Rhapsody” with the characteristics of 42 different bands.

In the video below you can see how “Bohemian Rhapsody” was interpreted to the styles of names like System Of A Down, Ozzy Osbourne, Bad Religion, Kendrick Lamar and even others nothing obvious like Johnny Cash, Skrillex and the style of Star Wars.

“Bohemian Rhapsody” is a song by Queen. It was written by Freddie Mercury for the band’s 1975 album A Night at the Opera. It is a six-minute suite, consisting of several sections without a chorus: an intro, a ballad segment, an operatic passage, a hard rock part and a reflective coda. The song is a more accessible take on the 1970s progressive rock genre. It was reportedly the most expensive single ever made at the time of its release, although the exact cost of production cannot be determined.