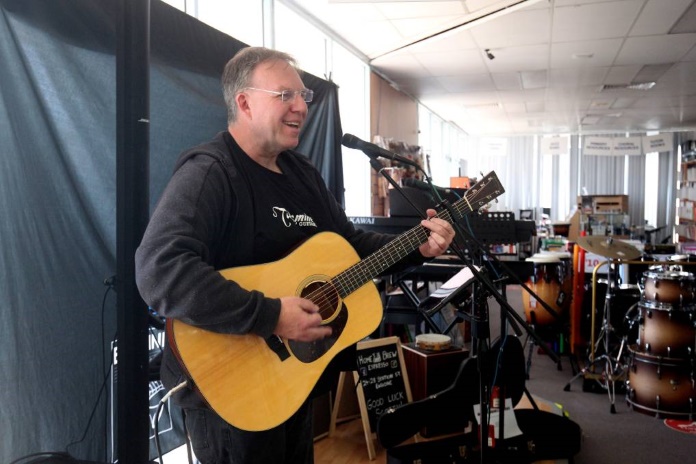 Yeah, folks, Guinness Book of Records is something really fantastic. To get their name there people do unimaginable tasks and an Australian musician decided to play the guitar for nothing more, no less than 125 hours (or more than 5 days) in a row.

Scott Burford is the name of the figure who completed his task enlisted the help of a nurse and a doctor who checked his health constantly to see if everything was okay.

In addition, the guy still used the infamous “super glue” in his left hand to wrap his fingers around the skin, since it was starting to open in several places, and also had people coming through the instrument shop where he was and joined with acoustic jams over time.

Some rules made the work a bit easier, since Scott was entitled to 30-second pauses between songs to drink water and eat, and he could also rest for 5 minutes every 1 hour he played. that he chose this time for fast naps.

The rule still said that he could only play recorded songs and the songs could only be repeated every four hours, which meant that he had a repertoire of around 500 songs.

After achieving the incredible feat, he stated:

That was one of my best weeks in music at all times. I am very tired and can’t wait to sleep, but also very excited to have reached my goal. I am extremely grateful to everyone who has helped me stay focused and awake.

In addition to his personal goal, the Burford conquest also drew attention and raised funds for an institution called Musicians Making A Difference, which aims to help young people who experience psychological abuse through music and dance.