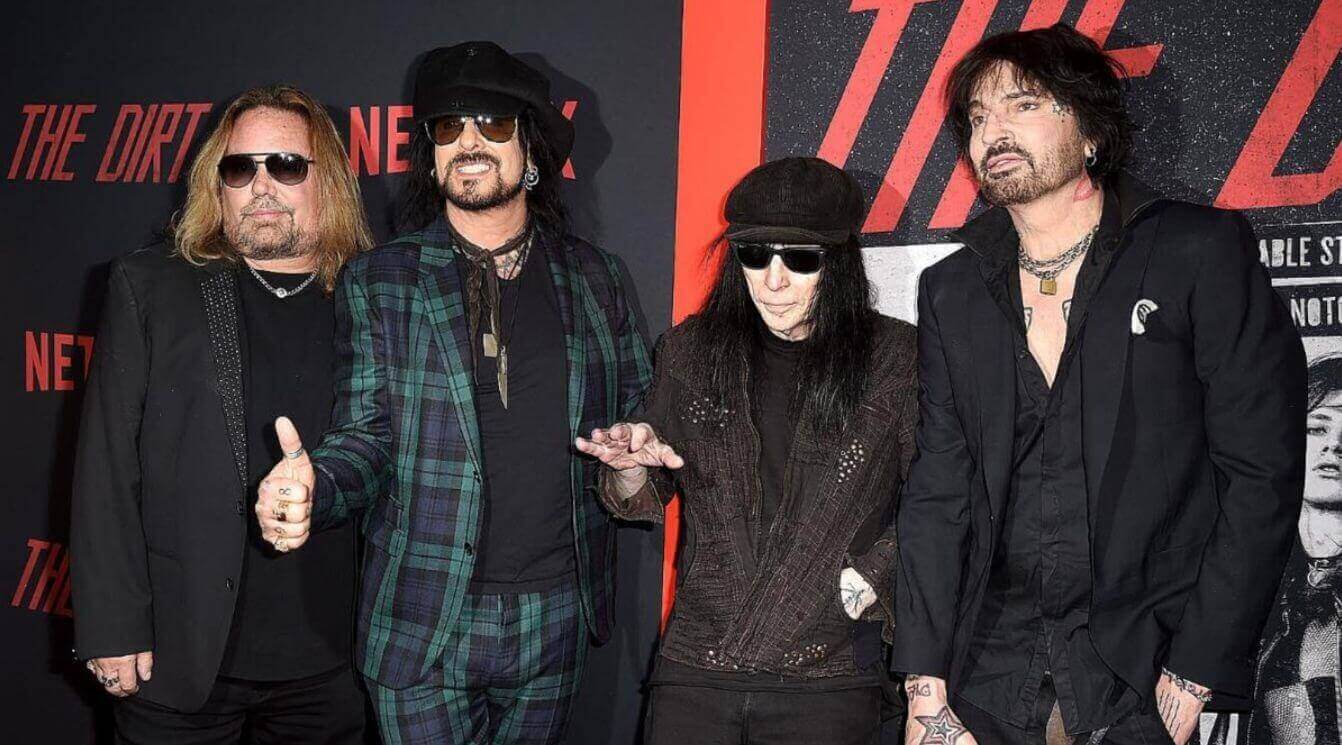 Mötley Crüe has released a new video for the song “Take Me To The Top”. The track initially appeared on the band’s debut album, Too Fast For Love.

Now, with the success of the biopic The Dirt, an official clip was released. Nikki Sixx commented on the video. “The original footage of this video was made before we had a contract for an album in 1981. Seeing this in contrast to the scenes from the 2019 movie is something we didn’t expect. It’s been a lot of fun for the band to see everyone celebrating the film, music and legacy of the band.”

Too Fast for Love is the debut studio album by Mötley Crüe. The first edition of 900 copies was released on November 10, 1981, on the band’s original label Leathür Records. Elektra Records signed the band the following year, at which point the album was remixed and partially re-recorded.

This re-release, with a different track listing and slightly different artwork (e.g., red lettering on the cover and a different interior photograph of the band), has become the standard version from which all later reissues derive.

The re-recorded album also removed the song “Stick to Your Guns”, though it is featured on a bonus track version of the album. The original mix of the album remained unreleased on CD until 2002, when it was included in the Music to Crash Your Car to: Vol. 1 box set compilation.