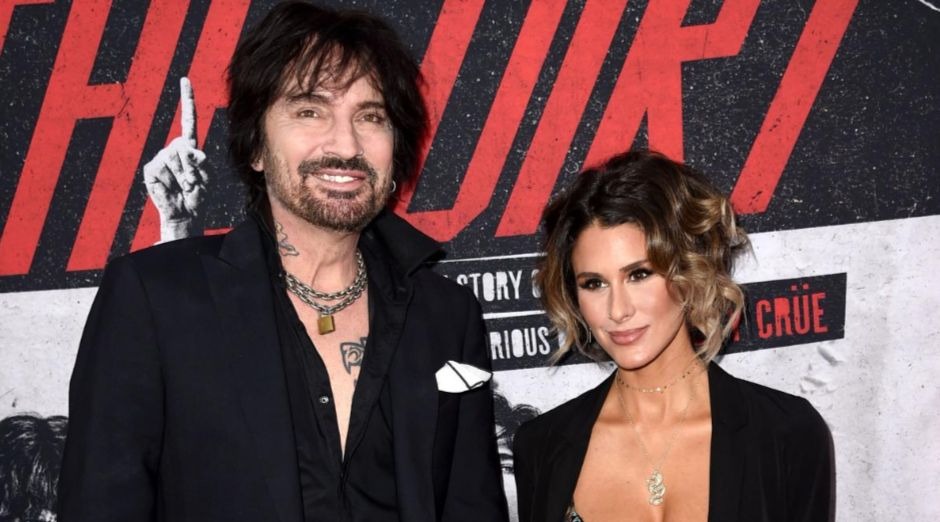 Mötley Crüe drummer Tommy Lee release two new rap songs “Knock Me Down” and “Tops” from his upcoming solo album Andro. The first one was made by Lee and the singer Killven, that according to him “raps like a beast. Killven revealed that working with Tommy was a dream come true, after all, as it couldn’t be different, he grew up listening to Mötley Crüe.

“Tops” was created in collaboration with South African rapper Push Push, Lee described her as a “troublemaker – a maniac”. In turn, the rapper praised the legendary drummer for making her feel at home and comfortable in the creative process of the song and the clip.

Lee was born Thomas Lee Bass in 1962 Athens, Greece. His father David Oliver Bass, was a military man in the American Army. And his mother Vassiliki Papadimitriou, in 1957. Miss Greece competitor. His family moved to California a year after his birth. He received his first drum when he was four and his first drum kit when he was a teenager.

He participated in almost all Mötley albums. The only album that was not present in the band was “New Tattoo” (1999). During this time he was arrested for problems with his last wife, the actress Pamela Anderson who with him had 2 children. After the launch and tour of “New Tattoo”, Mötley Crüe took a break from work. Returning with a 2005 tour tour named “Carnival Of Sins”.

Lee came back once with Motley Crüe to go on the Crüe’s Greatest Hits tour in 1999. With the popularity of rap metal, he formed a band called Methods of Mayhem. The band released a self-titled album the same year and toured in support of it.