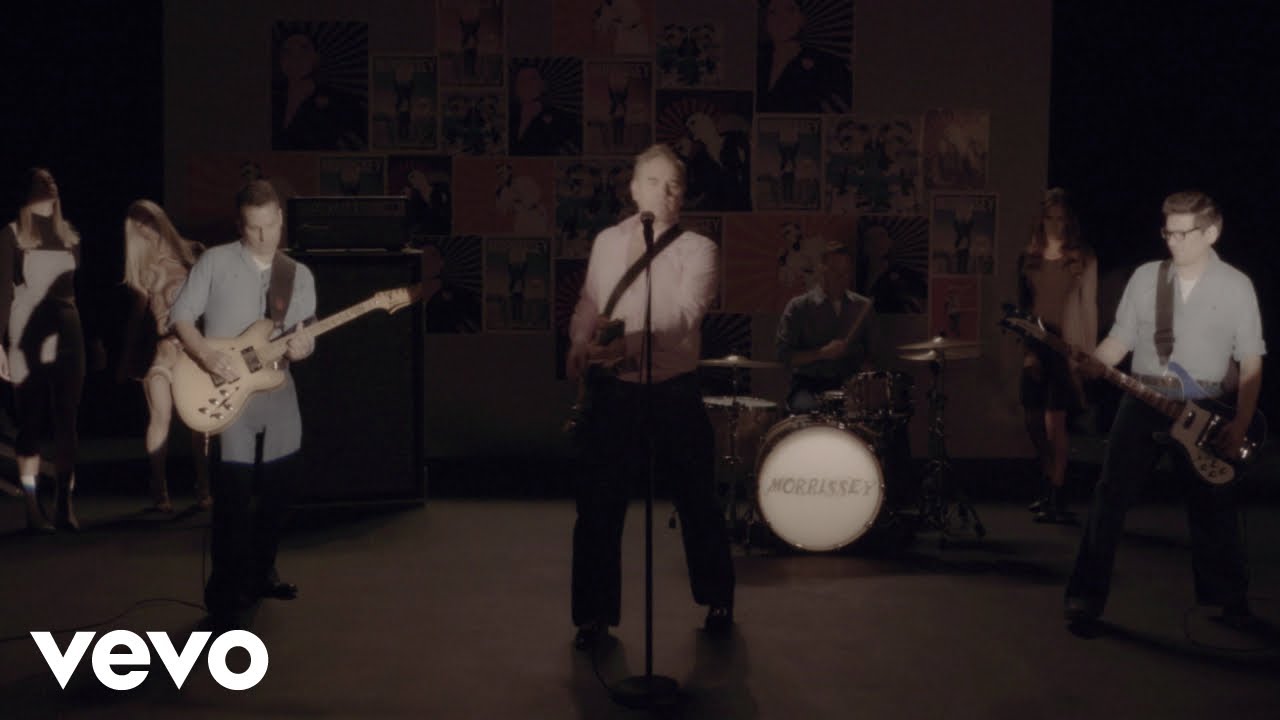 Morrissey released a new official video of his cover of The Pretenders classic song “Back On The Chain Gang”.

The singer had been playing the version regularly at his shows. This studio version will be in the re-release of the album Low In High School, 2017.

The new retro-themed video shows Morrissey playing guitar and leading the band. The entire style of the video is well over 60’s, including the background wall that carries several posters from the former Smiths frontman.

“Back on the Chain Gang” is a song written by Chrissie Hynde and originally recorded by her band the Pretenders, and released as a single by Sire Records in September 1982. The song also was released on The King of Comedy soundtrack album in March 1983 and later was included on the Pretenders’ next album Learning to Crawl in January 1984.

“Back on the Chain Gang” entered the Billboard charts in early October 1982, then reached no. 5 on the Hot 100 becoming the band’s biggest hit in the U.S. It also got as high as no. 4 on Billboard’s Hot Mainstream Rock Tracks chart and no. 17 on the UK Singles Chart. The single’s flip side, “My City Was Gone”, later became a substantial hit in the U.S. with lyrics about Ohio.