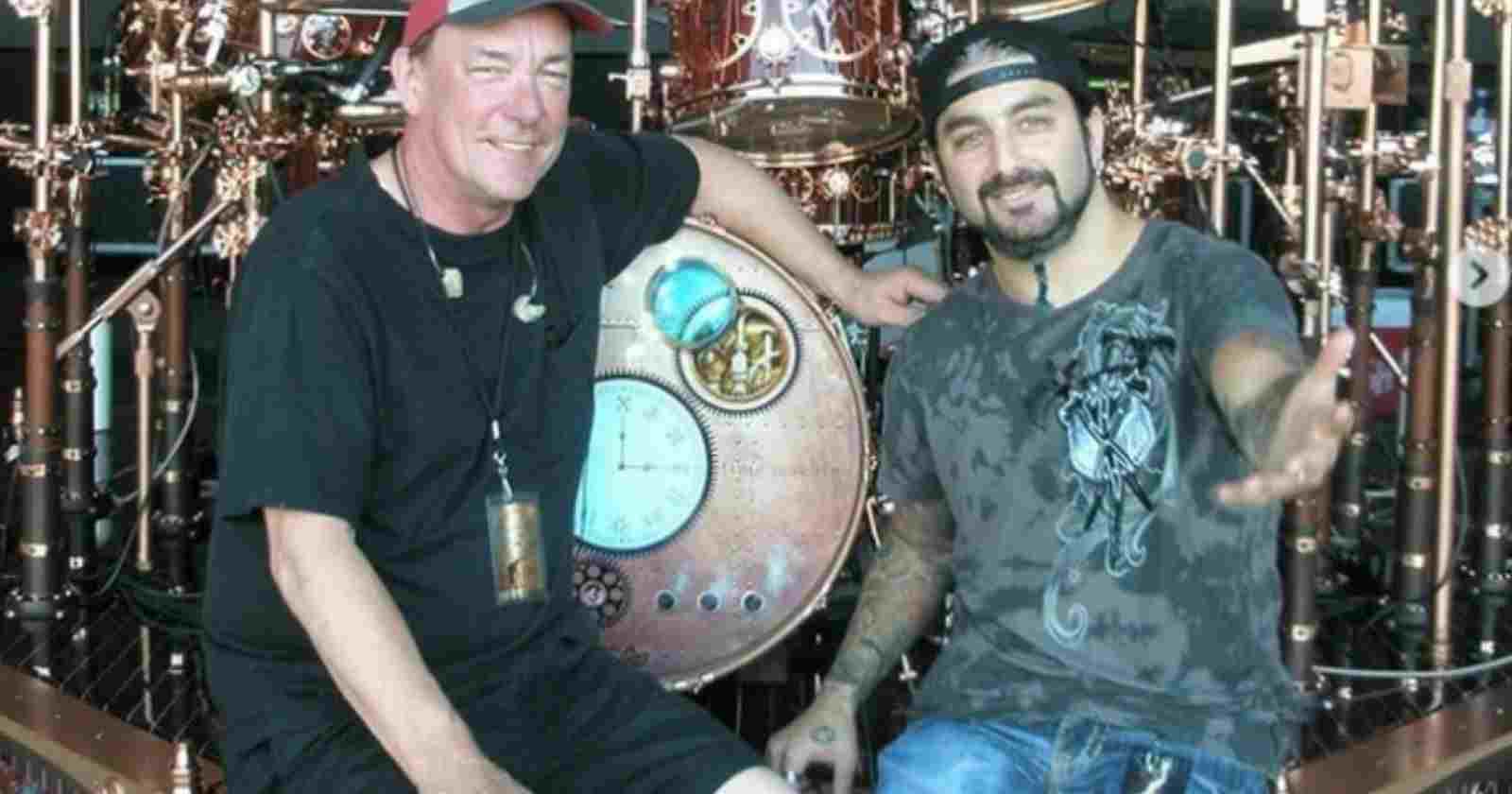 Ex-Dream Theater drummer Mike Portnoy recalled in an interview with Consequence Of Sound how hard it was to get to meet Rush’s legendary drummer Neil Peart, known to be a recluse person that didn’t accept many people into his inner circle.

Mike Portnoy recalls how hard it was to get to meet Rush’s Neil Peart:

“They came back with ‘Vapor Trails’ and I was actually asked to write the liner notes for the Japanese edition of it. So they invited me back to meet them and stuff, and I got to meet Geddy and Alex – which was surreal and amazing – but still never met Neil.”

“And it wasn’t until about 2005 or 2006 that I finally met him. I was asked to be the guest editor for Rhythm Magazine, and I was able to pick the people I wanted to interview, and Neil was one of them – he was obviously the first person I threw out there.”

“So they arranged the meeting and I got to meet him. Actually interview him, and hang out with him in his hotel room, and ask all the questions like… You know, normally, if you ask him a nerdy Rush fan question, he’s going to shut you out.”

“But because I was sent there to interview him, I was able to get away with asking him all those questions I always wanted to know. I was allowed to because it was kind of my job. But from there he and I kicked off a friendship that lasted for the next 15 years or so until he passed [in January 2020]. And I consider myself really honored that I was even let into his inner circle because I know how private he is.”

“It got to a point where he would invite me out to soundcheck anytime they came through and always opened up his dressing room to me. The last time I saw him was on the last tour, he invited me and my son Max out. I really wanted Max to see Rush live and see Neil play live before they retired.”

“And it was just an amazing experience. He let Max play his drums and we hung out with him… He was just so gracious once you were able to infiltrate his inner circle. And he was just the most gracious, kindest person. That’s something that I’ll value forever. It was such an honor to have that relationship with him those last years. It was just really incredible.”