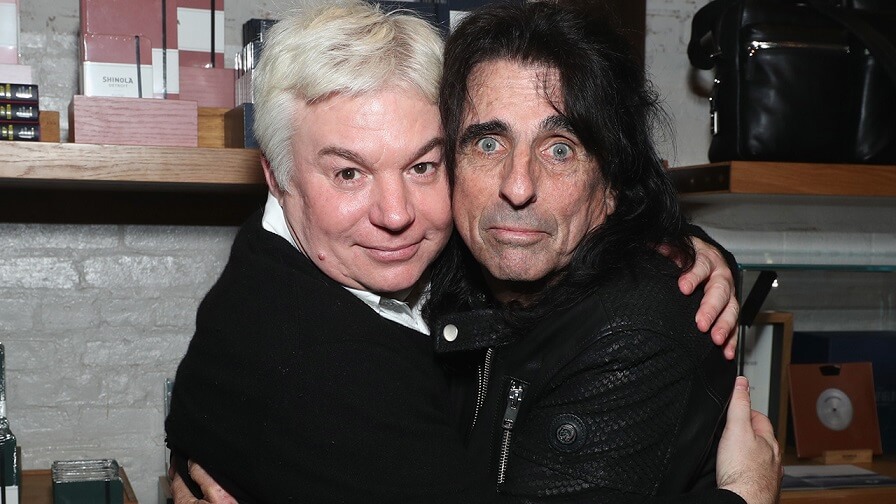 In 1992 Mike Myers wrote and starred in Wayne’s World, a movie based on a Saturday Night Live picture where two friends headbangers presented their favorite bands to the world.

In the feature there is a scene in which Wayne (Mike Myers) and Garth (Dana Carvey) have access to the backstage of a show by legendary singer Alice Cooper, and while the two are paralyzed with the chance to get close to the idol, the guy discusses important issues as the history of Milwaukee.

At the end of the scene, Cooper asks his new friends to hang around with him, and then they kneel down, bow to Cooper, and begin to say that they “are not worthy” of it.

Reprise of the Scene

Last week Alice Cooper did a show in New York and who was there was precisely the actor, who made a point of repeating the scene on stage.

During the performance of “School’s Out,” he stepped off the side of the stage, went to Cooper’s front, knelt, and kissed the musician’s hand.