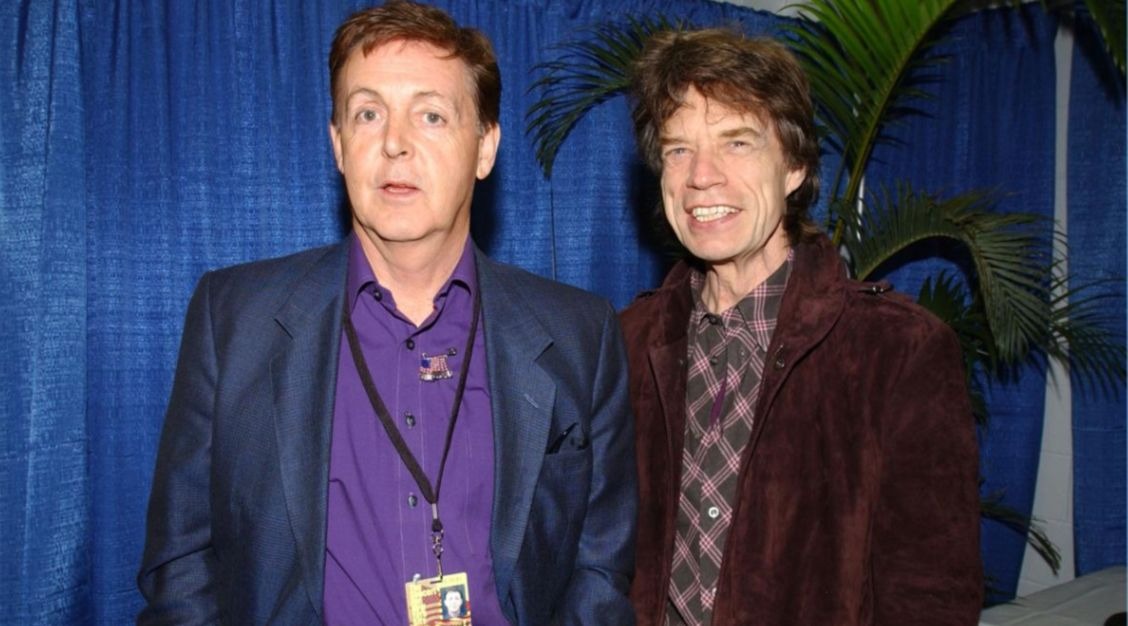 Mick Jagger responded to Paul McCartney saying that The Beatles were better than The Rolling Stones. The Beatle recently gave an interview to Howard Stern and was questioned about the rivalry between the British bands.

Mick Jagger responded to Paul McCartney’s statement in an interview with Apple Music:

That’s so funny. He’s a sweetheart. There’s obviously no competition. The big difference, though, is and sort of slightly seriously, is that the Rolling Stones is a big concert band in other decades and other areas when the Beatles never even did an arena tour, Madison Square Garden with a decent sound system. They broke up before that business started, the touring business for real.”

“That business started in 1969, and the Beatles never experienced that,” he noted. “They did a great gig, and I was there, at Shea stadium. They did that stadium gig. But the Stones went on, we started doing stadium gigs in the ’70s and [are] still doing them now. That’s the real big difference between these two bands. One band is unbelievably luckily still playing in stadiums and then the other band doesn’t exist.”

Paul McCartney statement, that generated the response was:

“[The Stones] are rooted in the blues. When they are writing stuff, it has to do with the blues. Whereas, we had a little more influences,” McCartney explained. “There’s a lot of differences, and I love the Stones, but I’m with you. The Beatles were better.”

The Rolling Stones were formed in London in 1962 and is considered one of the biggest, oldest and most successful musical groups of all time. Along with the Beatles, they are considered the most important band of the so-called British Invasion that occurred in the 1960s. The band and its members occupied a prominent position in the musical and behavioral changes of the 1960s and are often related to the counterculture, rebellion and youth of the time .