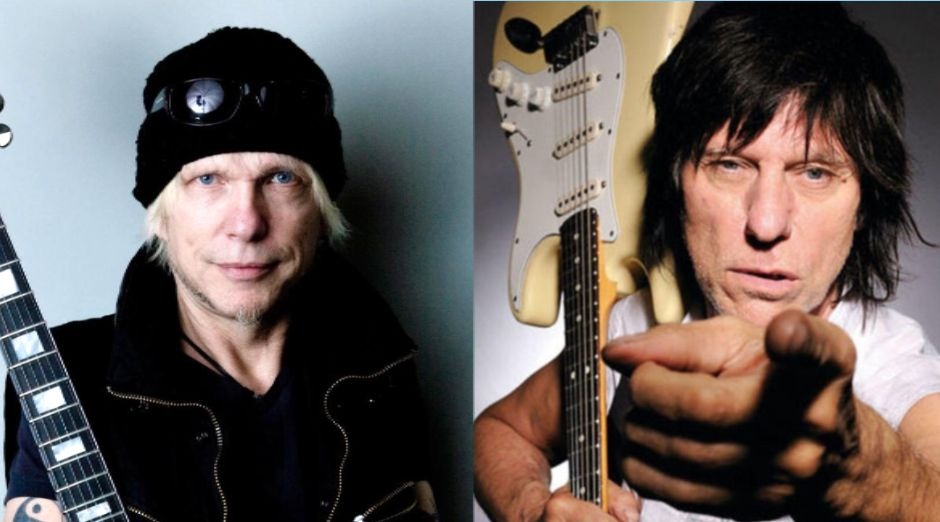 Michael Schenker legendary UFO and Scorpions guitarist revealed in an interview with  Raised on the Radio, that his favorite guitarist is Jeff Beck.

“My rock god is Jeff Beck. Jeff Beck has a way of doing things with his guitar that doesn’t sound like anybody else. It’s pure self-expression. That’s what I do, but I don’t play like him.

“I think it was the album ‘Truth’ [released in 1968] with Cozy Powell on it [the drums on ‘Truth’ were actually played by Micky Waller], I think. Rod Stewart was singing.

“I listened to it at my friend’s place in Hannover, and I was walking home in the middle of the night, going like *emulates guitar sounds*. ‘One day, I’m gonna play like that!’ I was so inspired.

“And you know, I saw him live. I was only, like, 16 years old, maybe. They were playing in Hannover and he will remember that they had flags up – American, English flag. And the Germans didn’t like it. And the bottles of wine – the liter bottles of wine – they were flying over me, hitting the stage.

“The drums were completely demolished. They had basically ducked and figured out how to get to the exit. It was unbelievable.”

Geoffrey Arnold Beck (born 24 June 1944) is an English rock guitarist and is one of the three famous guitarists that played on the Yardbirds (the other two being Eric Clapton and Jimmy Page).