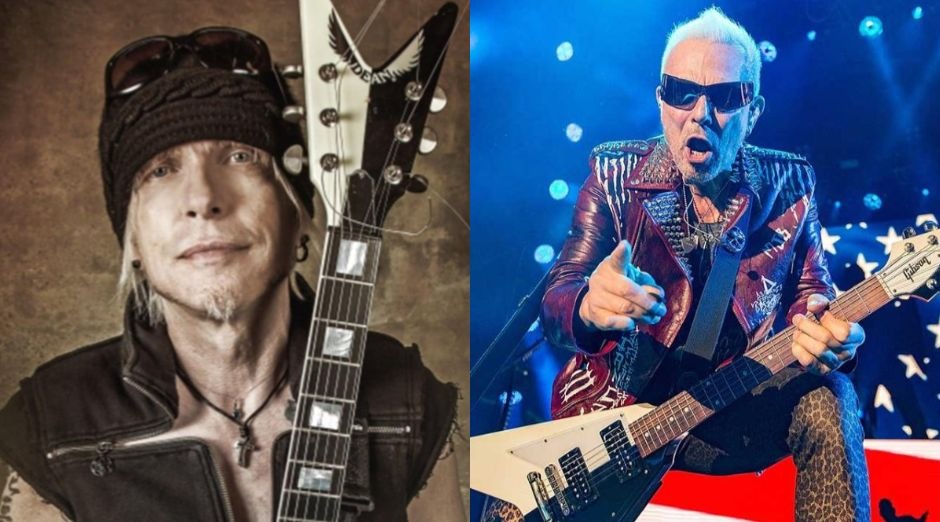 The brothers Michael Schenker and Rudolf Schenker don’t like each other. And in an recent interview with Guitar World, Michael (Scorpions, MSG and UFO) said Rudolf is not talented as a guitarist.

“[Laughs] While I wasn’t looking, he managed for years to distort the hell out of the image of the Schenker brothers. People don’t have a clue anymore who is who. Because I’m younger and I was successful earlier and had the first hit in 1976, I was playing in America when I was 19 and Rudolf was 33 before he got to America for the first time.”

“People are so confused because I was six and a half years younger. The SCORPIONS became so successful that people forget what the band was like at the start. It’s incredible how he managed to distort the whole thing. Rudolf made a deal with Gibson for black-and-white guitars.”

“He asked me if I minded if he played a black-and-white Flying V. I asked myself why he wants to be me, but I just said, ‘Go ahead.’ Then he pushed it so far in trying to make the black-and-white image his. He doesn’t know who he is. Then he had the cheek to make a deal with Gibson for a signature Flying V.”

“I’m playing a Dean and he’s got the Gibson, and then people probably think he’s also the guy who used to play with UFO. It is remarkable. He’s a very strange guy, one of a kind. [Laughs]”

“As the younger brother, I probably ended up wearing his underpants and school uniform, and riding his bike. He was the oldest and I got the hand-me-downs. I didn’t look for fame and success, but I became successful.

“I didn’t look to become an icon, but I became one, it became me. Rudolf focused on those things, but he couldn’t get it. It’s a strange message — that existence of two brothers who made such a weird success in their own way. The puzzle is not completed yet between us.”

“I know there is a reason for this peculiar journey through life between Rudolf and me. I hope I will understand it if I can get another 10 years on the planet. I’m not bitter about the stupid games he played. He was probably very frustrated that everything he wanted was coming to his much younger brother without even trying for it.

“I believe I was born to make him successful. Rudolf doesn’t have much talent as a guitarist. Without direction, he is lost. He copied everything I did. [Laughs] I needed to pave the path for him.

“I’m not saying that competitively, but with an open heart. I jumpstarted the Scorpions. They should be happy instead of acting like I’m some little shit. [Laughs]”