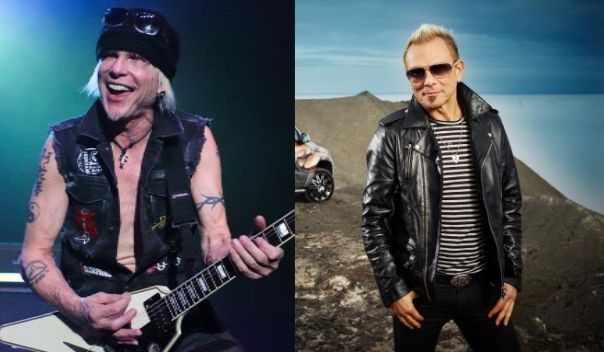 “It has nothing to do with peace. Rudolf is dangerous. I have to stay away from him – because it’s the only thing I can do. He’s a bully, and he takes advantage of his little brother.

“Rudolf has taken everything that I have developed – my black-and-white guitar, and all of that kind of stuff – and so the only thing that you can do… What do you do if you have a bully on your back? The best you can do is stay away.

“I have no bad feelings or anything. Rudolf is Rudolf – God bless him. Do what you do. But I don’t need to put myself into a vulnerable situation, and that’s what I would do if I would connect with him. It would just be more of the same bullshit, more of the same ripoffs and more of the same…

“He is a charming person – he achieves everything with charm. I’m an artist, so whatever I have, I am a very fruitful-from-within person. Whatever I do is fruit for Rudolf to use for his own benefit.

“The best is to leave him alone, let him live his life, and I am better off. Just a couple of words with him would already be enough. [Laughs]

“Rudolf is dangerous for me. He has taken advantage of his little brother, and he had always done that. So the best is to stay away, and bless him, and give him more power, whatever he’s doing…

“He has to clean his side of the street, and it’s up to him when he recognizes that. I have my side of the street to take care of. Rudolf and I only lived – been only together for two years, in the ‘Lonesome Crow’ period, so we have no problem living our own life anyway.

“The most important thing for me is to stay away from him – if I want to have peace and continue with my focus without interruption from people who keep digging holes in front of you.”