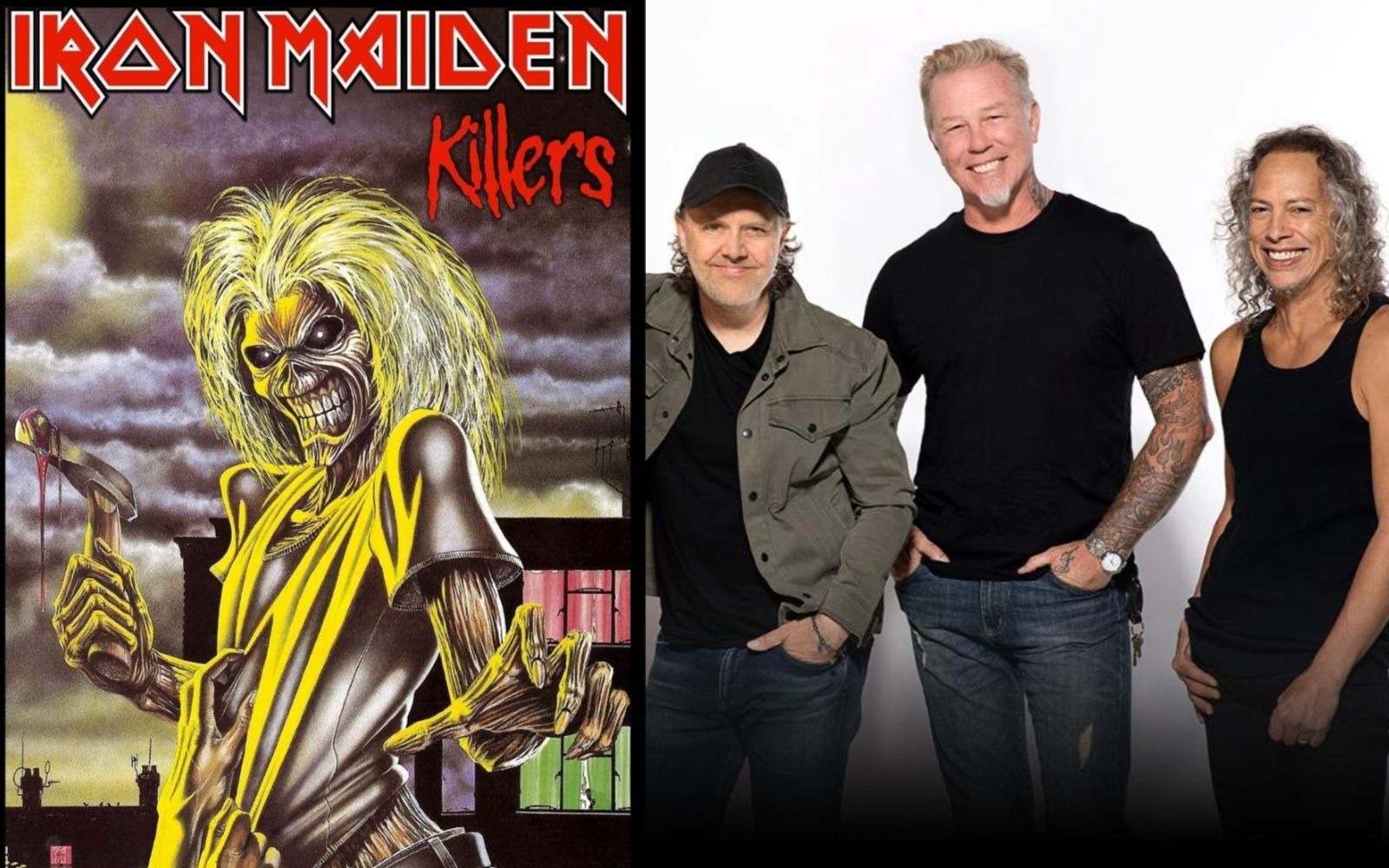 It is already a habit during Metallica concerts, the band plays a cover from a famous local band. This time in London at the June 20 show at London Twickenham Stadium, guitarist Kirk Hammett and bassist Robert Trujillo played their version of Iron Maiden’s legendary “Killers”.

The album was their first with guitarist Adrian Smith, and their last with vocalist Paul Di’Anno, who was fired after problems with his stage performance arose due to his alcohol and cocaine use. Killers was also the first Iron Maiden album recorded with the assistance of producer Martin Birch, who went on to produce their next eight albums until Fear of the Dark (1992).

Killers is the only Iron Maiden album to feature two instrumentals, and was written almost exclusively by Steve Harris; only two tracks, “Twilight Zone” and the title track are co-authored. The opening track, “The Ides of March” is the band’s shortest song to date.