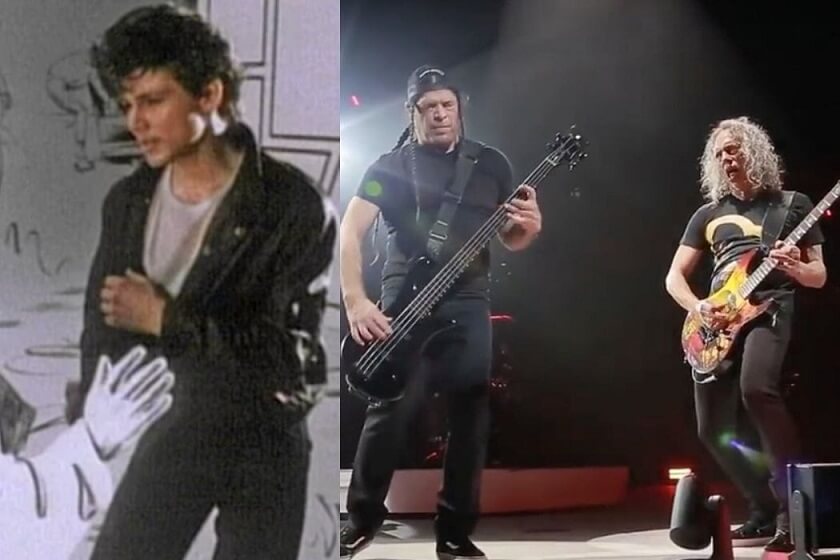 On their current tour, Metallica has prepared surprises for their fans. At each show, bassist Rob Trujillo and guitarist Kirk Hammett play instrumental versions of songs from bands in the country where they perform.

Recently the group was in Norway, home of the legendary A-HA, and made an unexpected cover of “Take On Me”. In it, Trujillo, in addition to playing, still risks the vocals while Kirk stays on the guitar.

Metallica is finalizing its shows in Europe announcing Hardwired … To Self-Destruct (2016) and in the second half, the group will return to the US to continue their world tour.

“Take on Me” is a single from the Norwegian band A-ha released in 1985. Written by the band members themselves, the song was produced by Alan Tarney for the band’s first studio album, High and Low, 1985. The song combines synthpop with a varied instrumentation that includes guitars, keyboards and drums.

The song became a huge success, reaching # 1 on the Billboard Hot 100 in the United States (it’s the only A-ha song ever to achieve this). In the UK, the single was also well received (it reached # 2 on the UK Singles Chart).