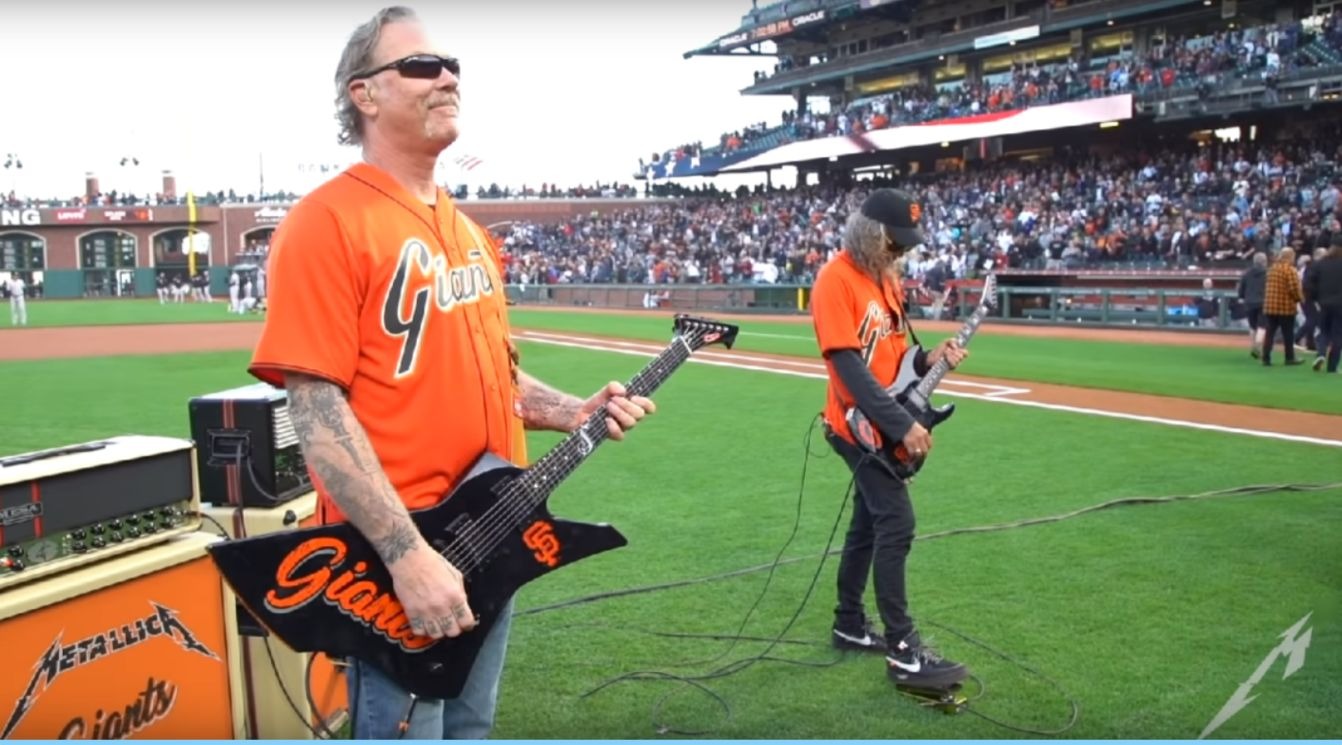 In what became a tradition for the San Francisco Giants, Metallica played the United States anthem before the baseball game. That was the seventh annual “Matallica Day”

The entire band was in the game, exhausted, against the New York Yankees. Guitarists James Hetfield and Kirk Hammett played “The Star-Spangled Banner”, United States national anthem and drummer Lars Ulrich kicked-off the first ball. The band also announced the initial formation of the teams.

“The Star-Spangled Banner” is the national anthem of the United States. The lyrics come from the Defence of Fort M’Henry, a poem written on September 14, 1814, by the then 35-year-old lawyer and amateur poet Francis Scott Key after witnessing the bombardment of Fort McHenry by British ships of the Royal Navy in Baltimore Harbor during the Battle of Baltimore in the War of 1812. Key was inspired by the large U.S. flag, with 15 stars and 15 stripes, known as the Star-Spangled Banner, flying triumphantly above the fort during the U.S. victory.

The poem was set to the tune of a popular British song written by John Stafford Smith for the Anacreontic Society, a men’s social club in London. “To Anacreon in Heaven” (or “The Anacreontic Song”), with various lyrics, was already popular in the United States. Set to Key’s poem and renamed “The Star-Spangled Banner”, it soon became a well-known U.S. patriotic song. With a range of 19 semitones, it is known for being very difficult to sing. Although the poem has four stanzas, only the first is commonly sung today.