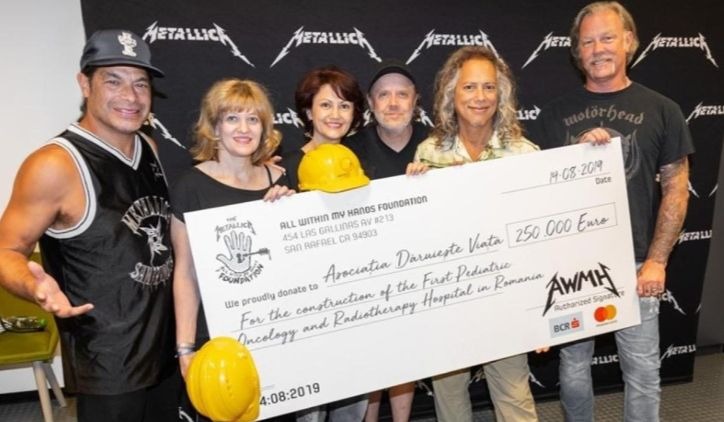 The band met the director of the organization on August 14, before the Worldwired Tour in Bucharest. The donation was made through the NGO created by Metallica, All Within My Hands.

According to the institution’s website, part of all the money raised during the tour is donated to local entities that support communities in need.

Metallica just announced a South American Tour that will have Greta Van Fleet as the opening band.

The tour begins in Santiago Chile and ends in Belo Horizonte, Brazil.

Hardwired… to Self-Destruct was the tenth studio album and the last one released by Metallica so far, on November 18, 2016 by their vanity label Blackened Recordings. It was released eight years following Death Magnetic (2008), marking the longest gap between two studio albums in the band’s career.