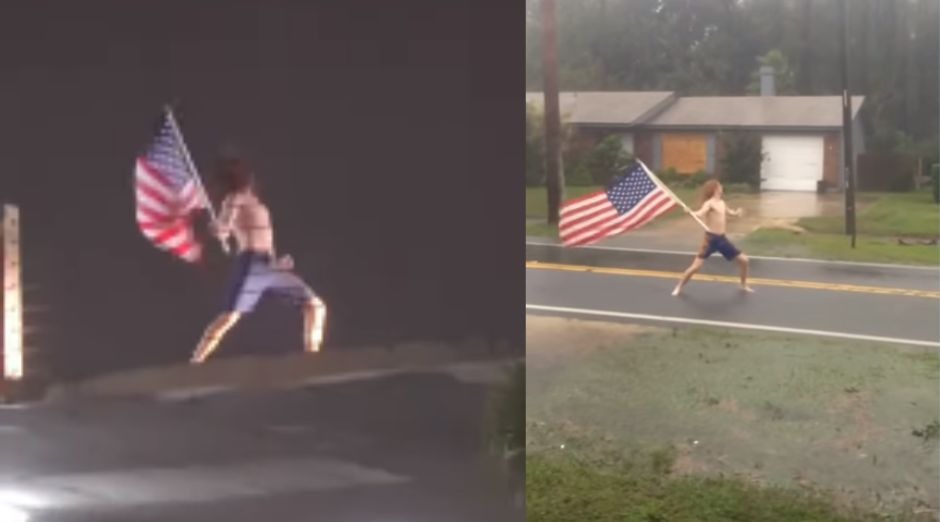 Lane Pittman is a US citizen who was famous for having a brave and very peculiar hobbie: making solitary videos through hurricanes (sometimes even in underpants!) And holding the US flag.

Initially, the American gained the attention of the internet in 2016, with a video in which he shakes his hair on an empty street, while everyone shelters from the dangerous natural phenomenon.

In 2018 he also didn’t missed the opportunity to put his own security at risk, and again went, semi-naked, waving the United States flag in the midst of the storm, with yet another simulation of a metal show.

Now he takes advantage of this online fame with a noble goal: to raise money to help pay for the damage caused by Hurricane Dorian, which hits the country.

Earlier this year Pittman was arrested for playing the United States National Anthem during the iconic July 4th day.

Dozens of Bahamas residents hoping to seek refuge in the United States and leave the islands devastated by Hurricane Dorian last week were expelled from a ferry heading to Florida on Sunday night, following an announcement on board that anyone without a visa valid “would have problems” in the American port.

Videos of the incident spread quickly on social networks, with frustrated passengers lamenting that standard protocols – which in the past allowed Bahamians to enter the United States without a visa as long as they had a passport and good background certificate – were not being enforced.