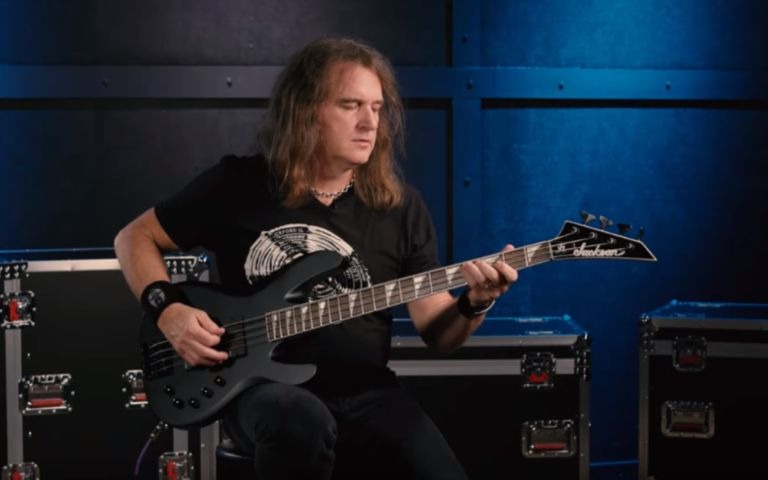 Sweetwater has uploaded a six-minute video in which Megadeth bassist David Ellefson shows you four of his favorite bass riffs that were instrumental in his progression on the instrument. Also they just so happen to all originate from Gene Simmons of KISS.

The legendary Megadeth bassist David Ellefson gave an interview to Sweetwater playing his favorite bass riffs and explaining why they are so special, praising Kiss’ Gene Simmons.

He was born November 12, 1964 and is an American bassist. Is co-founder and second-longest serving member of the American heavy metal band Megadeth from 1983 to 2002 and again from 2010.

He has also been referred to as “Junior”. To differentiate him from his bandmate Dave Mustaine. But does not go by this name professionally. Ellefson currently resides in Scottsdale, Arizona. In addition to playing bass guitar in Megadeth, Ellefson also has various side projects. Which include Temple of Brutality, F5, Killing Machine and Metal Allegiance.

David always drew attention to the bass lines he uses in Megadeth’s music. Where he usually uses a reed to facilitate the exaggerated rope jumps he performs. Although he is often seen using his fingers at high speed. In the classic “Peace Sells” or “Trust” its performance is evident. Uses Jackson basses saying they are the perfect combination of aggression and melody.