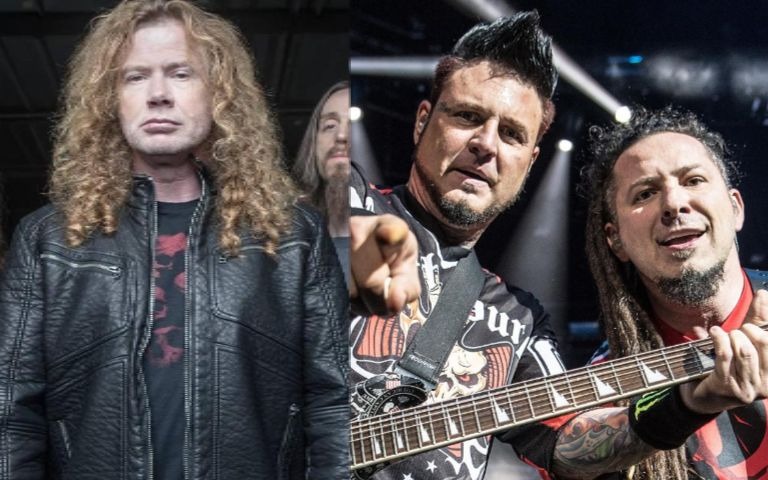 In June of this year, Dave Mustaine announced that he was diagnosed with cancer and would give Megadeth a break. In practice, this meant the cancellation of several shows of the band with no anticipated return. Now, however, that has changed and the news is good!

The group has just announced their first plans for next year, when they will join Five Finger Death Punch on a European tour. Although specific dates have not yet been revealed, the bands have already announced some cities that will host the shows.

The spin is being publicized with the hashtag #MegaDeathPunch and through MegaDeathPunch.com (Although the band name is wrong “Megadeath”) . On this tour, the headliner is Five Finger, while Megadeth opens next to Bad Wolves. To date, only Helsinki, Finland, and Stockholm, Sweden, have been announced.

It appears that all information will be revealed on 9 September.

Mustaine is still in treatment, but has not stopped working with the group.

Members continue to work on the new songs, which will be on Dystopia’s (2016) successor album. However, as David Ellefson stated, they have not actually gone to the studio yet to record the songs.