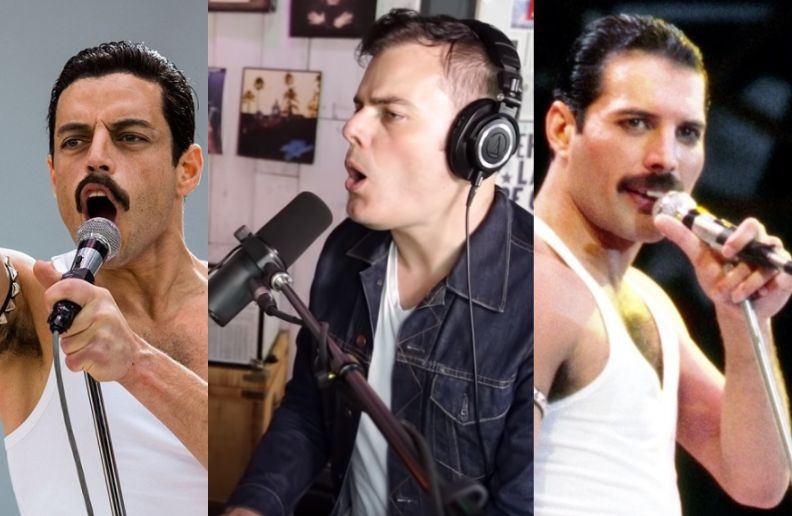 For those who went to the movies to watch Bohemian Rhapsody knows very well how much Rami Malek develops with mastery the role of Freddie Mercury. But how much of Malek’s voice really is there?

No one doubts that the performance and movements of the actor on stage are very similar to those of Mercury. However, with the technological gadgets that currently exist, when it comes to making the music scenes there is a mix of the voice of Freddie himself, Malek and another incredible singer.

His name is Marc Martel, a Canadian Christian rock artist who was born lucky enough to have the same voice as Queen’s sensational vocalist. The resemblance is so great that even the producer of Bohemian Rhapsody, Graham King, was impressed. He even commented that you just close your eyes and you will also think that it is Freddie.

While preparing to live the movie star, Malek trained with a voice coach to achieve the same Freddie Mercury accent. And the result of the film is the junction of the three voices: Mercury, Matel and Malek.