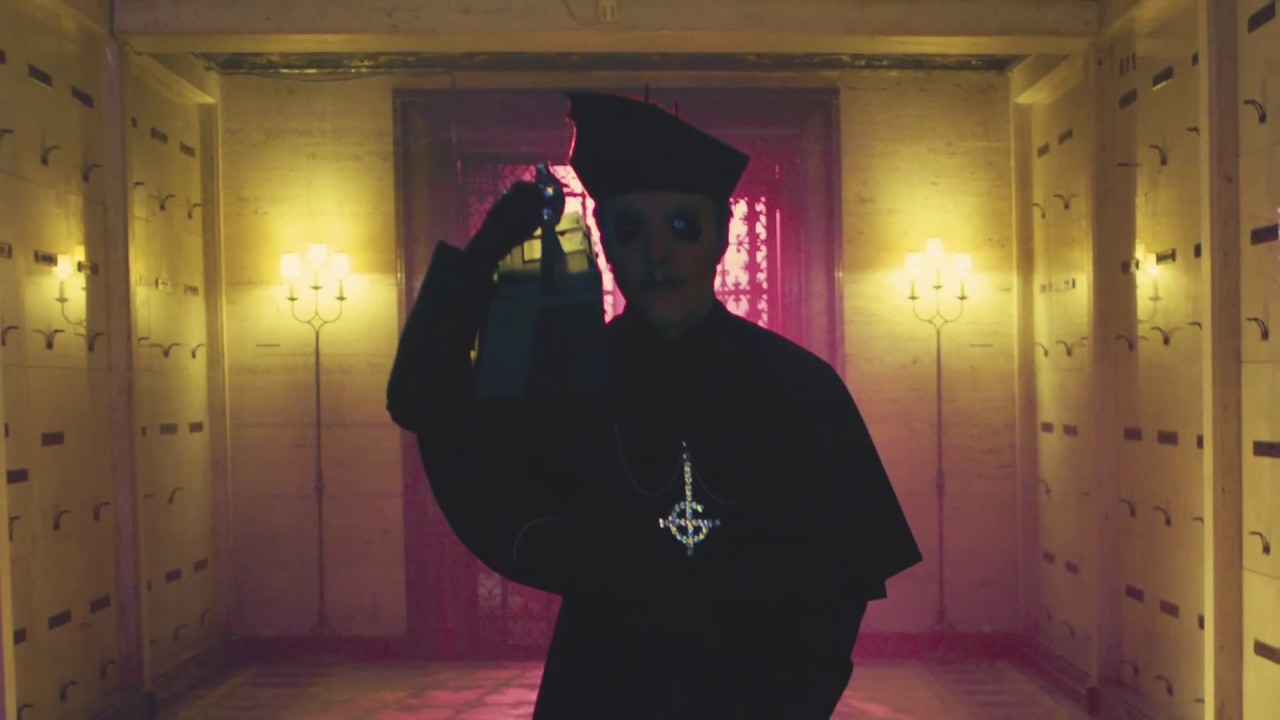 The clip continues where the last one left off, now giving us the first glance of what the new member of the fold looks like.

What makes Copia significantly stand out is that he’s the first Ghost frontman who’s “not part of the bloodline” after a long, long, long time.

As the retiring Papa explained: