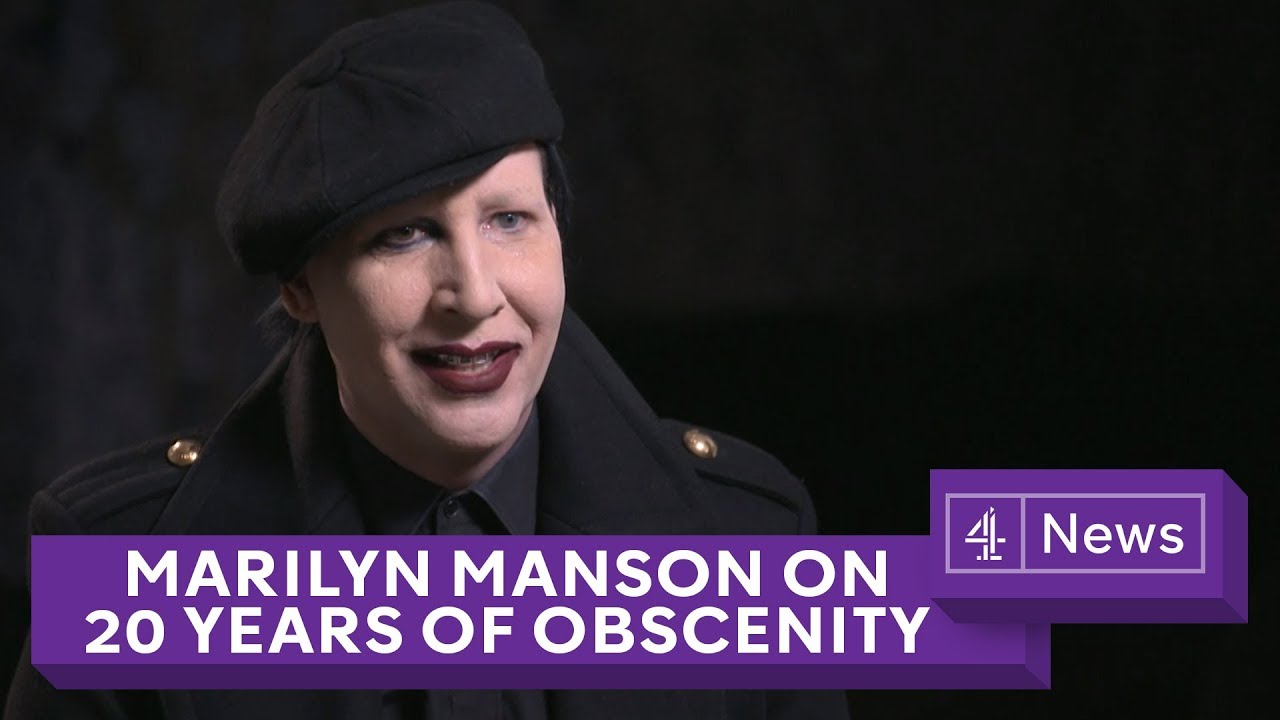 Marilyn Manson talked with Channel 4 about his recent album “Heaven Upside Down”, election-day decapitations and the origin of his stage name that was on the media last month due to Charles Manson’s death.

Born January 5, 1969, in the USA, Brian Hugh Warner is known professionally as Marilyn Manson, for his music and controversial stage personality and image. He co-founded the band with guitarist Daisy Berkowitz and of which he remains the only constant member. His stage name was formed by combining and juxtaposing the names of two American pop cultural icons of the 1960s: actress Marilyn Monroe and cult leader Charles Manson.

He is best known for his band’s records released in the 1990s, most notably Antichrist Superstar and Mechanical Animals, which, along with his public image, earned him a reputation in the mainstream media as a controversial figure and a negative influence on young people.

In the U.S. alone, three of the band’s albums have been awarded platinum status and three more went gold, and the band has had eight releases debut in the top ten, including two number-one albums. Manson has been ranked number 44 in the Top 100 Heavy Metal Vocalists by Hit Parader, and has been nominated for four Grammy Awards.