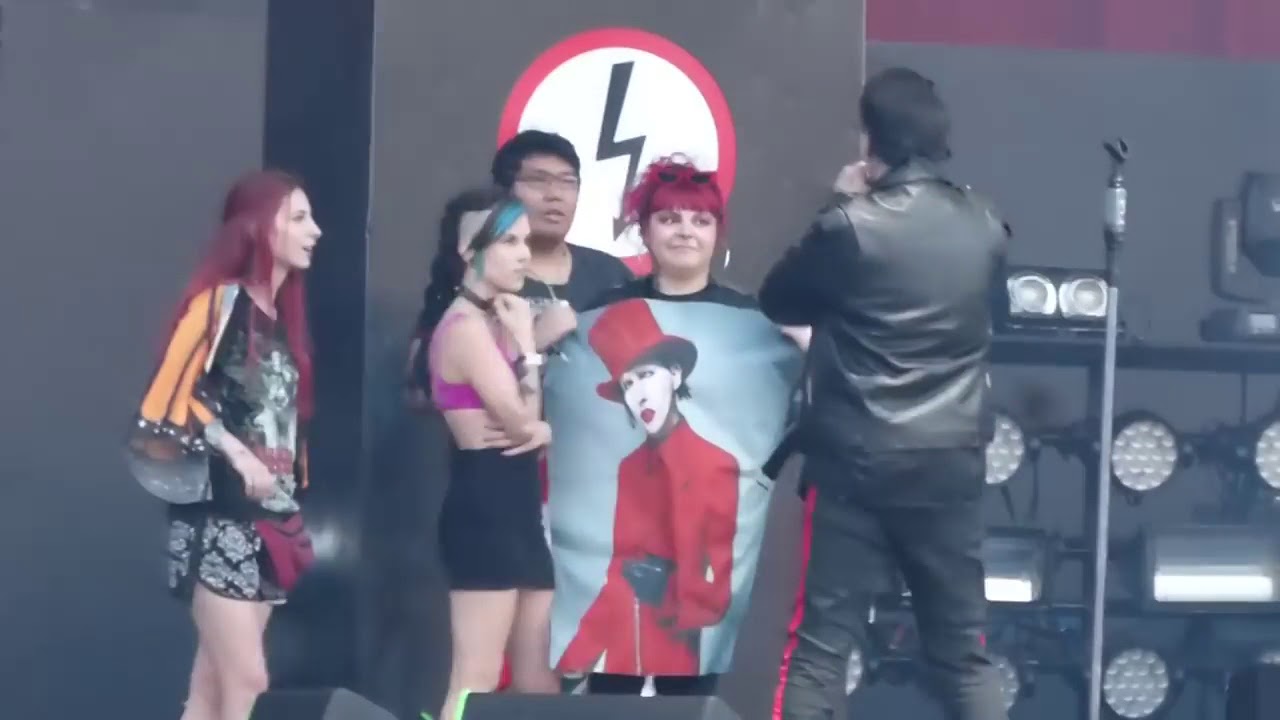 A few days ago, Marilyn Manson was one of the headliners of the Spanish version of the Download Festival in Madrid. There, he called some fans to take the stage, but when he realized that one of them wore an Avenged Sevenfold shirt, he asked him to take it off.

The fan, who carried a Peruvian flag, didn’t quite understand what was happening and Manson repeated a few times: “Take off the shirt, it’s not from my band.” He also suggested changing it by the Peruvian flag, and was finally attended to.

According to the Alternative Nation website, Avenged Sevenfold was scheduled to perform at the festival following Manson, resulting in several fans booing the singer and asking for the show to end.