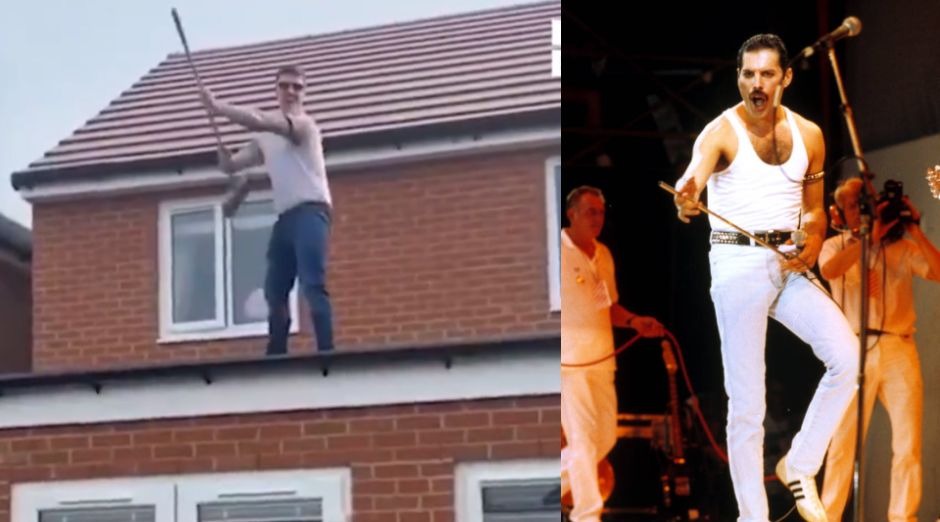 During quarentine to help contain the spread of the Covid-19, a Freddie Mercury fan went to his house roof to mimic the singer. He simulated the musician presentation with Queen during 1985’s Live Aid.

Standing on his roof and using a broom as a microphone, the unidentified man synchronized his lips with Freddie’s iconic “day-oh” sequence during the Queen show and entertained the neighbors.

Watch Man mimics Freddie Mercury in Live Aid on the roof with a broom:

The historic event was held in 1985 to fight hunger in Ethiopia that had Queen, U2, Dire Straits, Sting, Elton John, Led Zeppelin (reunited), Black Sabbath (reunited) and others musicians. The concerts happened in England and in the United States. Bringing together more than 180 thousand people and transmitted, via satellite, to almost 2 billion viewers in 100 countries.

The Beatles’ “Hey Jude” manuscript auctioned for $ 910,000
Ratt is the star from new GEICO commercial
To Top