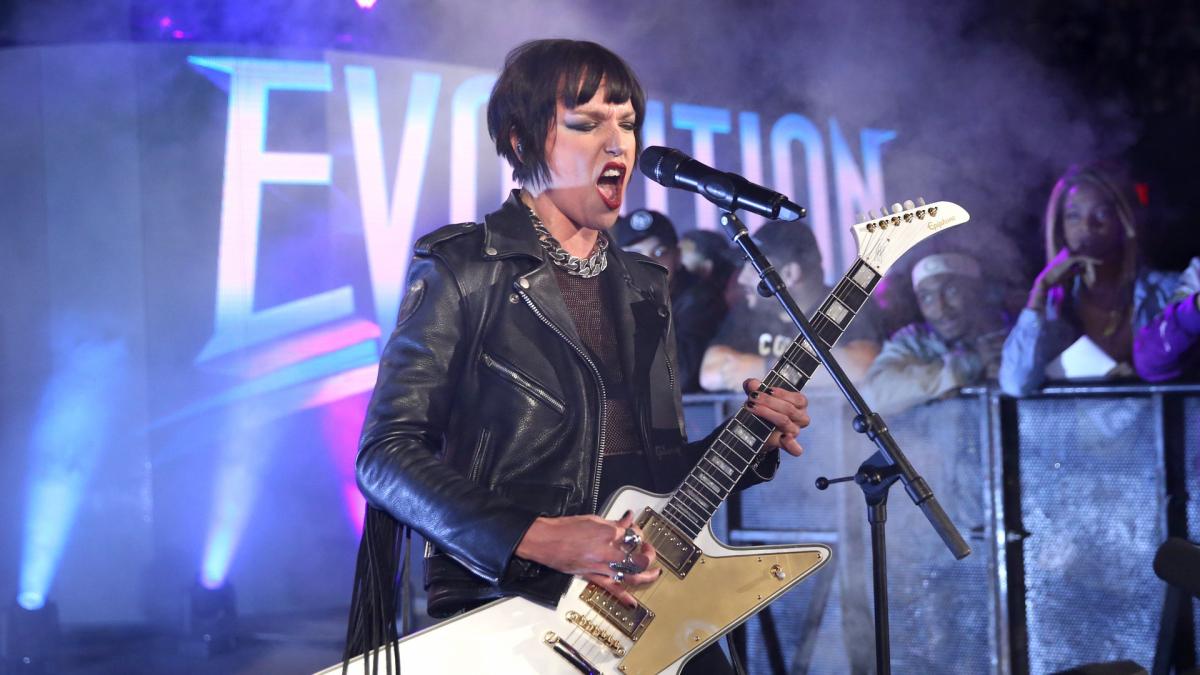 WWE Evolution entered history on the night of the 28th when it debuted the first all-female pay-per-view. To start the show on the right foot, two of the greatest rockers in the world today came together.

Nita Strauss and Lzzy Hale played an original song for a crowded arena. Both have performed at other WWE events, but this time it was different, as they joined forces and wrote the track especially for the occasion.

“It’s amazing to see women being strong,” Hale said during a backstage interview, “It’s not about getting lipstick and looking good. It’s wonderful to be a part of this movement.”]

WWE Evolution was a women’s professional wrestling pay-per-view (PPV) event and WWE Network event, produced by WWE for their Raw, SmackDown, and NXT brands. It took place on October 28, 2018, at the Nassau Veterans Memorial Coliseum, in Uniondale, New York. It was the first WWE pay-per-view to consist solely of women’s matches.

The main card consisted of seven matches. Three of WWE’s four women’s championships were defended on the main card; the fourth was defended in a dark match before the show. It also featured the finals of the 2018 Mae Young Classic tournament.