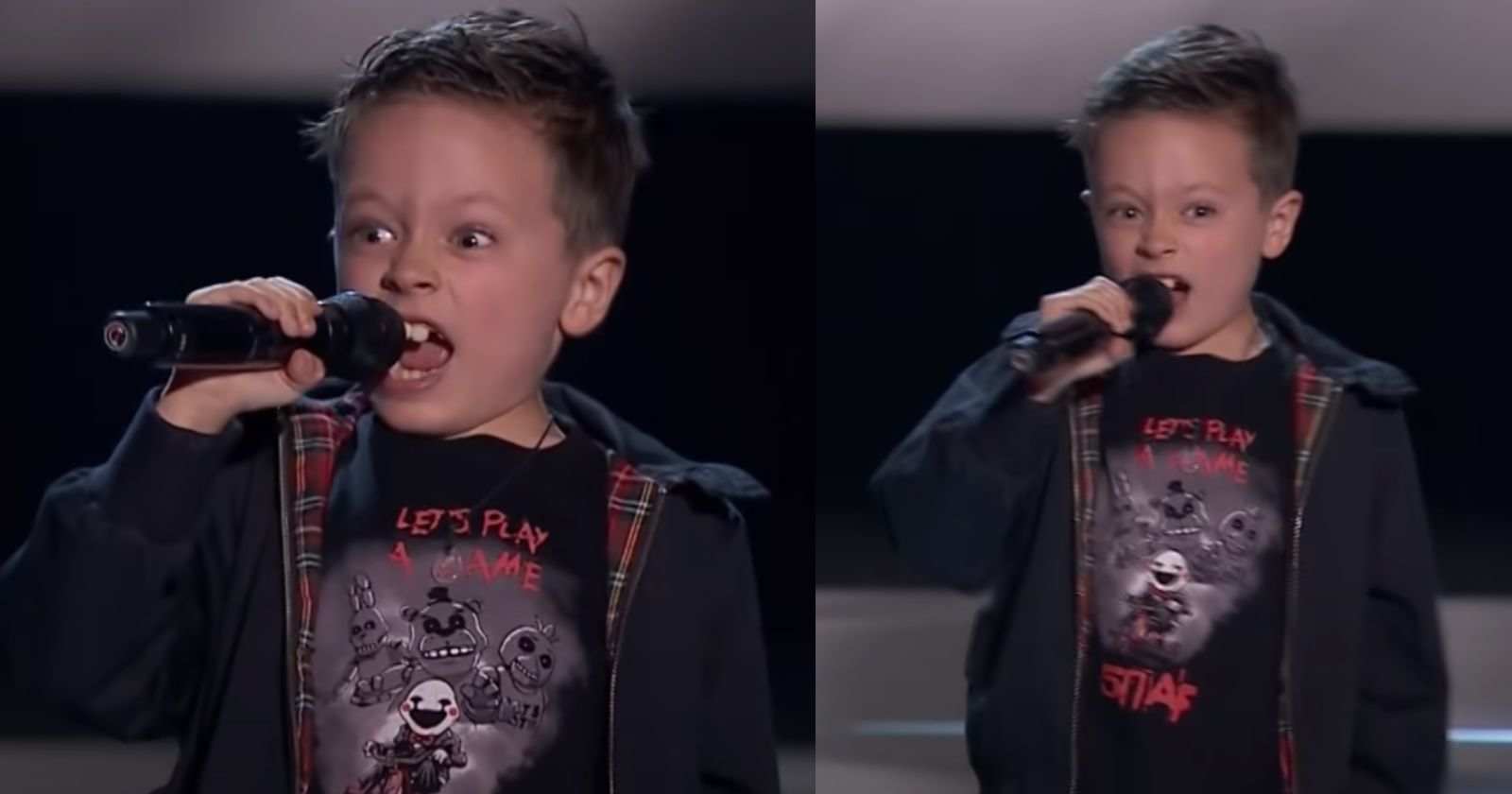 The 7-year-old Jesús del Río surprised the judges on The Voice Kids Spain when singing AC/DC classic “Highway To Hell”. All the hosts turned their chairs right during the first seconds he started to sing. At the end of the presentation, the judges got up and went to hug and kiss the mini-Bon Scott Jesús del Río. To be his technician on the program, the little boy chose the singer and songwriter Melendi.

The kid said that he’s been singing since he was 6 and that the first song he sang in his life was exactly “Highway To Hell”. According to Jesús, the style he likes the most is Rock and Roll.

All the judges stated that he is a real prodigy.

The song was written by Angus Young, Malcolm Young and Bon Scott, with Angus Young credited for writing the guitar riff which became an instant classic. AC/DC had made several studio albums before. They were constantly promoting them via a grueling tour schedule, referred to by Angus Young as being on a highway to hell, hence the name.

The song is in the key of A Major. The title and lyrics reflect the arduous nature of touring constantly and life on the road.[The highway that inspired the title, Canning Highway, connects the Perth Kwinana freeway to its port Fremantle and was home to many of Bon Scott’s favourite pubs and hotels, including the Raffles Hotel.

“There were hundreds of riffs going down every day,” recalled Malcolm Young. “But this one, we thought, ‘That’s good.’ It just stuck out like a dog’s balls.”