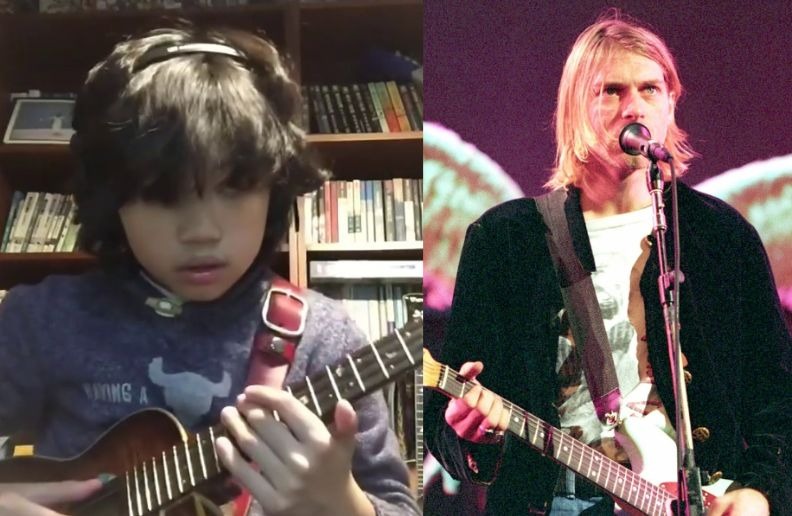 If you think Nirvana and ukulele do not fit in the same sentence, this little boy has come to show that it can work. Feng E is a young 12-year-old musician born in Taiwan who has drawn attention on the internet with his incredible covers – and on various instruments! – posted on your YouTube channel.  Feng E is a self-taught musician.

Now the boy made his version of “Smells Like Teen Spirit” on ukulele and not only proved that the result is incredible, but also showed his flawless ability on the instrument.

“Smells Like Teen Spirit” received critical plaudits, including topping the Village Voice Pazz & Jop critics’ poll and winning two MTV Video Music Awards for its music video, which was in heavy rotation on music television. The song was dubbed an “anthem for apathetic kids” of Generation X, but the band grew uncomfortable with the attention it brought them. In the years since Kurt Cobain’s death, listeners and critics have continued to praise “Smells Like Teen Spirit” as one of the greatest songs in the history of rock music.