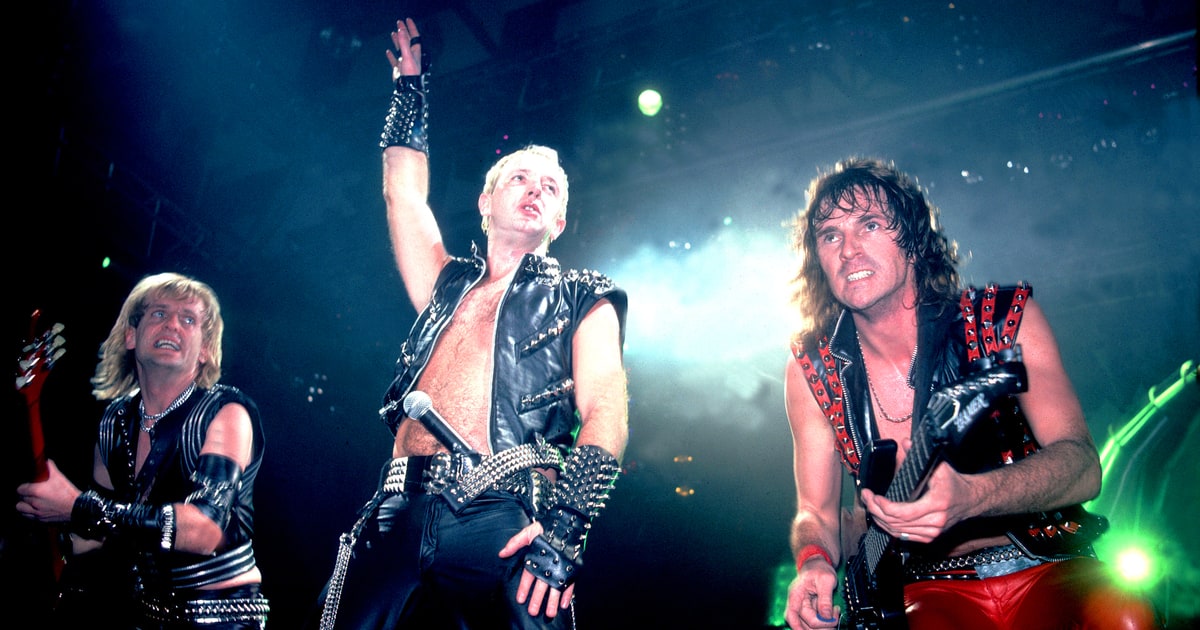 “Living After Midnight” was originally featured on their 1980 album British Steel, which was their first gold album in the United States selling more than 500,000 copies (and eventually went platinum for selling at least 1 million). The song speaks to the hedonistic, rebellious spirit of the late 1970s and early 1980s, and is among the band’s most popular songs.

And now, you have the chance to listen to the unique drums on that classic, isolated on a great live version at Budokan.

On live performances, the line, “I took the city ’bout one a.m.”, is sometimes changed to the particular city or venue the band is performing. For example, on the DVD Rising in the East, lead vocalist Rob Halford sings, “I took the Budokan ’bout one a.m.”, in reference to the stadium in Tokyo, Japan, that hosted the concert. On the Westwood One recordings from the 1983 US Festival Halford recites, “I took some acid about 1 a.m….”

The music video, directed by Julien Temple and shot live at the Sheffield City Hall, begins with drummer Dave Holland playing an invisible drum kit. During the guitar solo, fans on the front row play along with their cardboard guitars (which were the prominent fan symbols of the new wave of British heavy metal movement).

Back In Time: Ozzy Osbourne and Kelly Osbourne sing “Changes”
Watch Chad Smith loosing it after fan yells “Will Ferrell” during concert
To Top