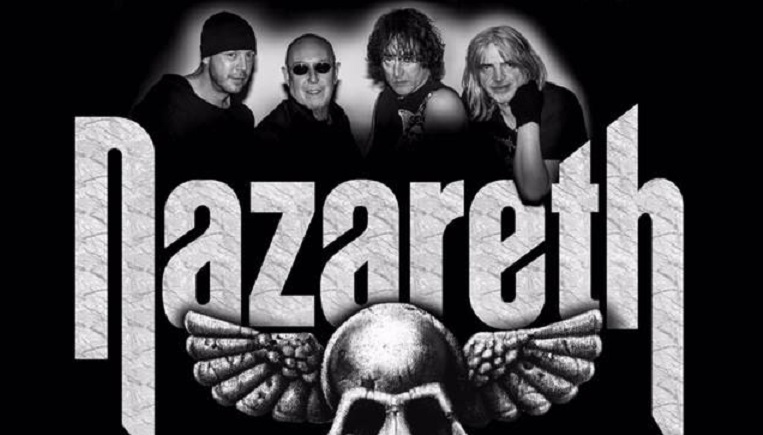 The eclectic veterans of Nazareth released the official music video for “Tattooed On My Brain,” the title track of the band’s self-titled album, to be released by Frontiers on October 12th.

Nazareth are a Scottish hard rock band formed in 1968, that had several hits in the United Kingdom, as well as in several other West European countries in the early 1970s, and established an international audience with their 1975 album Hair of the Dog, which featured their hits “Hair of the Dog” and a cover of the ballad “Love Hurts”. The band continues to record and tour.

Nazareth announced McCafferty’s retirement from the band due to ill health on 28 August 2013, leaving Pete Agnew as the sole remaining original member of the band. On 22 February 2014, it was announced that Scottish singer Linton Osborne was chosen as McCafferty’s replacement, with the former singer’s blessing.

In December 2014, Nazareth announced the cancellation of several shows, and later postponement of their UK tour, due to Osborne contracting a virus that left him unable to perform. In a post on his Facebook page 16 January 2015, Osborne announced his departure from the band.

On 13 February 2015, the band announced that Carl Sentance, formerly of Persian Risk, Geezer Butler Band, and Krokus, was their new lead vocalist.