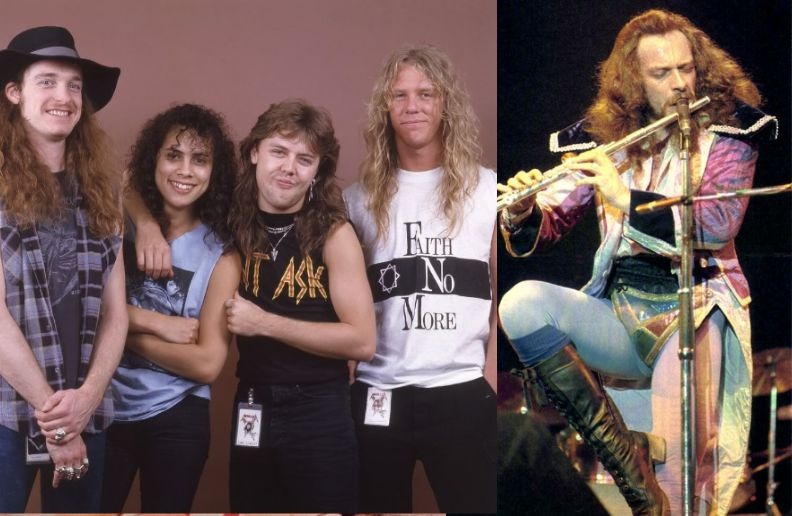 It has been 30 years since Metallica’s first Grammy Awards performance, but unfortunately they were defeated by Jethro Tull in the Heavy Metal category in that same year. The band’s drummer Lars Ulrich commented on this case.

He said the experience was “quite a mindfuck,”:

“First time we were in front of a mainstream TV audience.

“First time mainstream America was exposed to whatever the hell it is we do.

“First time they had a hard rock/metal category on the Grammys.

“First time we were Grammy losers, since Jethro Tull, somewhat unexpectedly to most people, walked away with the win.

“But all was not lost…

“The expressions of disgust from most members of the audience (other than Iggy!) is something I will treasure for the rest of my life.

“And I was rocking some pretty crazy hair that was edging dangerously close to a mullet!

You can check out some footage from the ’89 ceremony below:

Jethro Tull are a British rock band formed in Blackpool, Lancashire, in 1967. Initially playing blues rock, the band later developed their sound to incorporate elements of hard and folk rock to forge a progressive rock signature.

The band is led by vocalist/flautist/guitarist Ian Anderson, and has featured a revolving door of lineups through the years including significant members such as guitarists Mick Abrahams and Martin Barre, keyboardist John Evan, drummers Clive Bunker, Barriemore Barlow, and Doane Perry, and bassists Glenn Cornick, Jeffrey Hammond, John Glascock, and Dave Pegg.