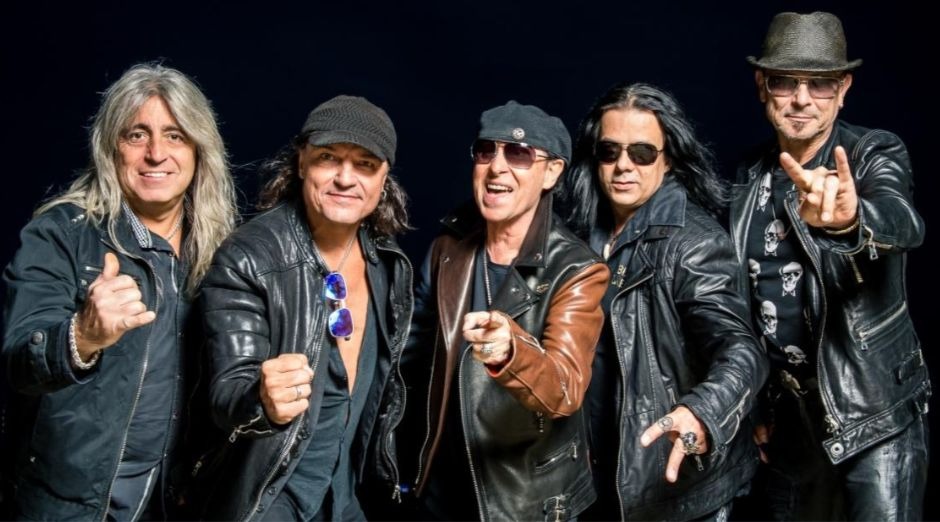 Legendary Scorpions vocalist Klaus Meine talked with the official French fan club of the band and revealed they have several written songs for the next studio album. The album would be released in 2021.

The band already has written songs:

“We started writing for this album early last year until June 2019. And then we had to go back on the road. At that point, we had a couple of great songs already, so the whole thing was in progress. It felt really good at that point. Now, coming back from Australia and Southeast Asia, it was about time to pick up the recording sessions and go back into it.”

“I know when Rudolf [Schenker, guitar] came back, he went to Thailand — the last show was in Singapore in early March and he went back to his place in Thailand — so he picked up the songs and a couple of weeks later, there was a lot of stuff coming back from the riff master. [Laughs] It’s a good creative mood, and it’s really exciting.”

“Every other day, I ask myself, ‘Klaus, are we really doing a new album?'” he laughed. “‘Is anybody waiting for a new album from the Scorpions out there? But at the same time, it’s wonderful, after all these years, we’re still excited to create new stuff and to create new songs and we’re all into it. And having Mikkey [Dee, drums] in the band now, it’s, like, ‘Wow.’ This could be an album where it’s a little bit more on the harder edge.”

About the producer of the new Scorpions album, Klaus said:

“[Greg] used to work with Metallica and Slipknot, so we feel we have the right producer to go into a production where it’s all about attitude and playing together. Which, unfortunately, right now is not happening — Greg can’t come over here, we can’t go over there to the United States — so right now it’s all a little crazy.”

“And we don’t know how long it will take, really, to keep going and take this to the next level. But right now, it feels good. There’s a lot of work to do, and I’m happy that I can work on new material, and every other day I have songs — I put my vocals on. And the fact I do it myself — this is what I’m most proud of.””

About the Covid-19 situation, Scorpions said:

“This is the time [when] solidarity and creativity are important, and to stay in touch with each other,” Klaus said.

“When we came back from Australia and Southeast Asia, we came here [to Germany], and a few days later, the situation with the coronavirus became more serious every other day. And so we thought it’s important to stay in touch with our fanbase around the world and also encourage them to stay at home in these very, very special times. It’s so important that we all try to not to be too close to each other.”

“I haven’t been at home for such a long time in one run, so it’s kind of unusual for all of us, I guess,” he added. “But coming from this long trip, from Down Under, we spent so much time [on the road] in the last couple of years, so it’s, in a way, nice to have a break. And right now, it’s beautiful weather and [I get to] see a blue sky. I can’t complain, because it’s beautiful to be at home with your loved ones and spend some extra time together, and at the same time have a chance to be in my studio and work on new songs, write lyrics.”