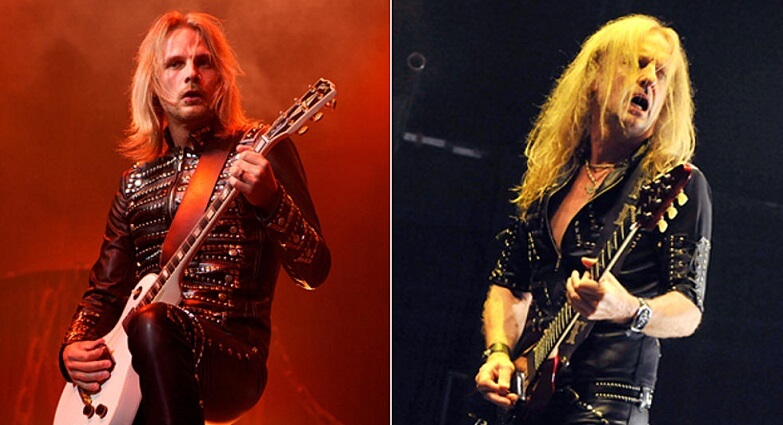 Former legendary Judas Priest guitarist K.K Downing it’s not happy for not being invited back for Judas Priest after Glenn Tipton was forced to “retire” (he still plays some songs in some shows) due to Parkinson’s disease. Downing made many aggressive statement’s and now attacked his substitute on the band, the guitarist Richie Faulkner.

In a recent interview with Backstage Axxess, the bassist Ian Hill said that the idea of bringing Downing back to the band was never entertained.

“When he retired, we took on Richie [Faulkner], you know, so he’s playing all Ken’s parts,” Ian said. “So, it’s not Ken’s [parts] that are missing, it’s going to be Glenn’s parts that he would be playing. Really, Ken, what’s he going to do? Come over to my side of the stage and play Glenn’s parts? It wasn’t his job, if you know what I mean, that had become vacant. It was Glenn’s. Glenn and Ken are two excellent guitarists, [but] both are completely different in styles and sounds, and for Ken to be playing Glenn’s parts anyway, it really wouldn’t have sounded right anyway. We never thought about Ken for that reason.”

And K.K answered to the statement gave by Ian to Please Kill Me:

“I’m a guitar player. Richie’s a guitar player. We know exactly what’s gonna happen. I resume my normal position and Richie takes over on Glenn’s side of the stage, and we just become Judas Priest again. And Richie doesn’t have to play ‘Sinner’, because I can do it better than him… because I’m the originator. 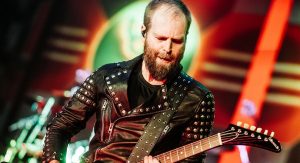 Richie does a great job, but I can play it and perform it better than him. It would be better for the people, because they remember me doing it all of their lives, for God’s sakes, which is decades. It would just be better for them to see me do it than Richie doing it.”

“You can see me and Richie up there working and playing and performing pretty damn good together because I would make sure that we were ripping across that stage like there was no tomorrow. It is what it is, though. The guys are on tour [in the U.S.] now with DEEP PURPLE and they’re gonna be out there with Ozzy [Osbourne] in the U.K. next year. So it is what it is. But that was the severest thing I’ve heard Ian say. 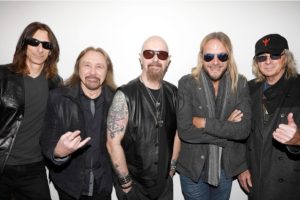 Would I be interested in going back there and having Richie play my parts while I play Glenn’s? I’m sorry, but the answer is no. Andy [Sneap, who is replacing Tipton on the current tour] is great. I consider him a mate, and I’ve been up to his studio, and he’s great. But even if that happened, do the people want to see Andy playing Glenn’s parts or do they want to see me?”

“People want to relive. I’m exactly the same. When I go see a band now, whether it’s UFO or SCORPIONS, I want to see the original bandmembers. I want to see them out there for as long as I possibly can, if there’s an option. Because we all go back remembering the days when we first saw the band, and that’s what we paid the ticket for.

But one of the reasons I wrote the book” — referring to his just-released autobiography, “Heavy Duty: Days And Nights In Judas Priest” — “is I’m just sick of those guys trying to kind of bury me through the Internet. I really don’t know what the deal is. It’s stemming from somewhere. It’s heartbreaking to see that going on, ya know. It’s unfair, really. It’s unfair.”

Axl Rose attacks Donald Trump saying “We Don’t Have a President”
Ozzy, Slayer, Judas, Ghost and more will be on Download Festival
Advertisement
To Top