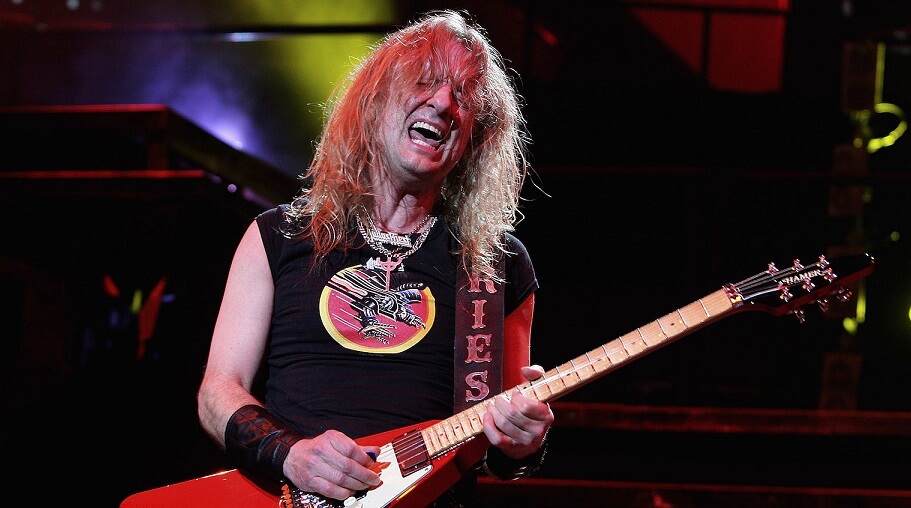 Legendary former Judas Priest guitarist KK Downing talked recently with Mitch Lafon, and was asked considering if he would like to start another band, since he wasn’t invited to comeback to Judas Priest to replace Glenn Tipton.

“I think it probably is Priest or nothing for me because that was my whole life. And I’m not young enough, and I think… Can I use age as the biggest excuse? Maybe I can, maybe I can’t.

“The guys out there are waving their arms and shouting at me. But to start over, so to speak, is never something that I’ve kind of wanted to do.

“When you’ve kind of spent all of your life building up to working your way up to playing these gigs in front of these people in an abundance, it’s harder at a certain age to wind the clock all the way back and make that start again.

“And I think that the efforts, really, especially with the songwriting and ideas and recording, I would probably just think, ‘Shit, I wish this could be a Judas Priest song.’

“So there’s lots of things that go through my mind. So I’ve just been doing an awful lot of things [since my departure from Priest] – trying to help some new bands.

“I’m always trying to stay in touch with the fans, whether it’s interviews, doing a book, whatever. It seems that I’m always kind of still there; I don’t feel as though anything has been amputated from me, really, in respect to the fans, the industry.”