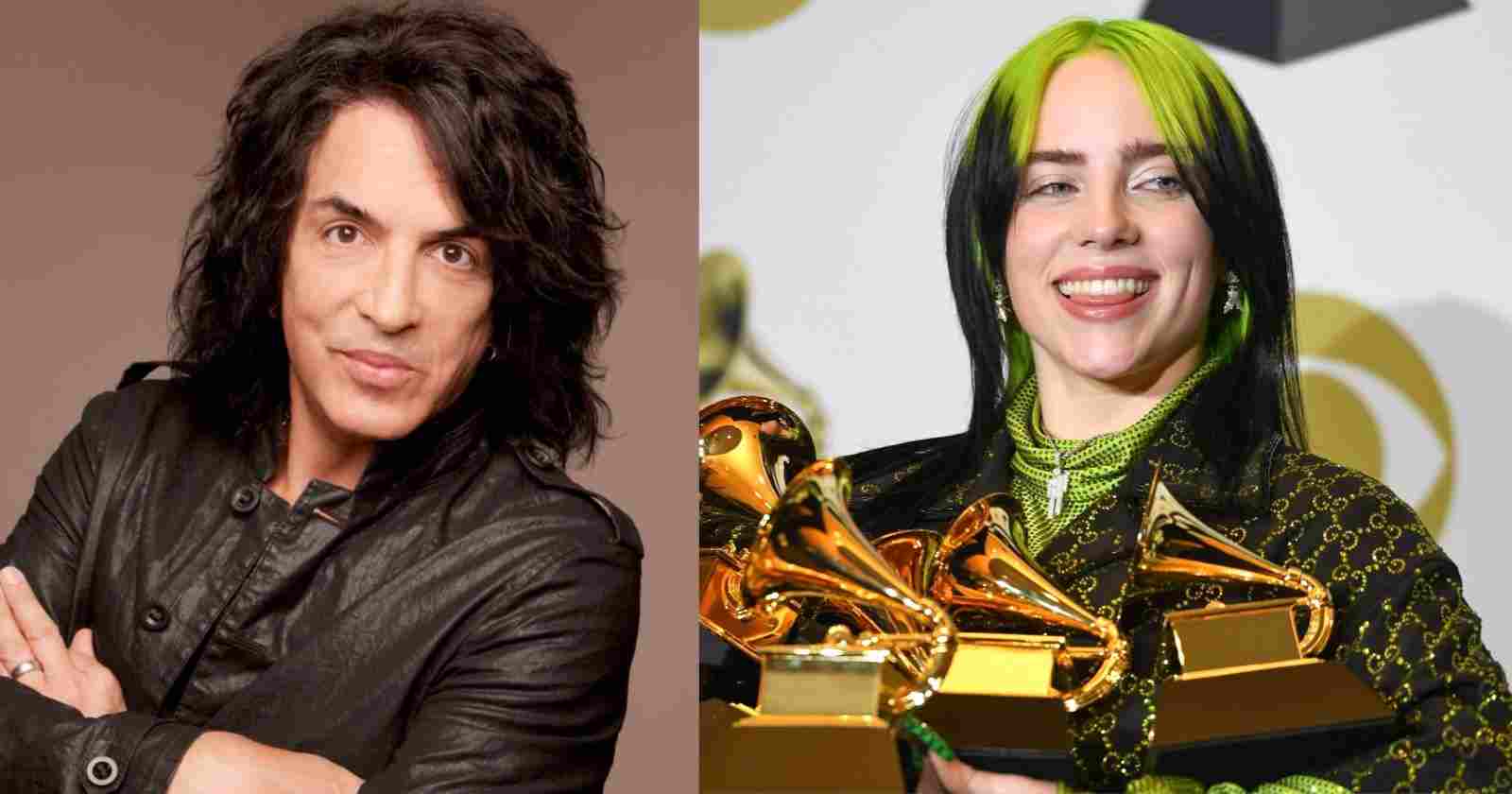 Kiss guitarist and singer Paul Stanley gave his opinion in an interview with Paulo Baron about Billie Eilish and current music. The musician praised some acts and said that people should hear more genres and don’t stick with only one.

“Yeah, they listen to a lot of music that, you know, I’ll sometimes listen to just to see what they’re listening to. But I’ll tell you, Billie Eilish, I mean, that’s great music. Look, when people go, ‘I only listen to one kind of music,’ that’s like saying, ‘I only eat hamburgers.’

“It’s like ‘Really? You only eat hamburgers? Your breakfast, lunch, and dinner and dessert, hamburgers?’ So I never understood that, that mentality. The more you love variety, the more exciting things are. So, Billie Eilish is great. The Foo Fighters aren’t new, they’ve been doing this forever now, but Post Malone is great, what Anderson Paak and Bruno Mars are doing is great…”

“On the other hand, what Adrian Smith and Richie Kotzen are doing is fabulous, it’s just so great, but again, it goes back to all kinds of music. “I’m not interested in denying myself different kinds of music. There’s so much great music out there.”

“And some of it is being made today using technology that I’m not using, but I don’t really care. If it feels good and if it sounds good, it’s good. There’s a lot of music that yeah, I think is great. Hard for me to sit here and list it, but there’s loads of great music out there, it’s all out there.”

“I hear some music from them [from his children] sometimes, I go, ‘Well, that’s good,’ and then I hear other music where I go, ‘Not my taste.’ Look, just because I don’t like something doesn’t mean it’s bad, and I tell them that about all kinds of music.

“When I used to go to concerts when I was a kid, concerts were three bands that had nothing in common with each other except that they were also great. And the thing that was great about that was it was like a meal – you got an appetizer, a main course, and a dessert.

“It wasn’t like, ‘OK, here’s your appetizer, it’s pizza. And here’s your main course, it’s pizza.’ When I went to shows, there were bands that you wouldn’t expect, but it all made for an exciting evening, and all of that music to one extent or another influenced me.

“I think that what I did was, again, not that different than let’s say Silk Sonic with Anderson Paak and Bruno Mars, that’s as retro as you can get. ‘Uptown Funk,’ come on, that can be one of the so many bands.

“So I have nothing against music that may be made with machines or computers, but you know, I prefer music that’s made by people and passion. I think that the fewer secrets we have, the freer we are. If we let go of all the things that we were afraid to tell people, first of all, we find out that other people have the same fears that we do, and I also think that when people look at me or someone like me and think life is perfect. I’d rather say, ‘You know, it’s not really perfect, it’s something you have to work at.’ So I just felt that by sharing my story I could maybe have other people see that we’re all pretty similar.

“That fame and money, they don’t solve the issues that you have in your soul, the things that bother you inside, they don’t go away, and then you just have to decide, ‘What am I gonna do? Am I gonna live and suffer or am I going to be a fighter? Am I going to roll up my sleeves and go out and figure out, even if it means me, what needs to be changed?’

“Billie Eilish, what’s great about Billie Eilish? You listen, because you go, ‘This is a real person singing something’, and when you heard Otis Redding singing ‘Try a Little Tenderness,’ or ‘Respect,’ there’s a person singing, and you went, ‘More, more, tell me.’

“So that’s what makes music great. We have that big hit song Olivia Rodrigo, ‘Driver’s License’ is a massive, massive song in the States, and will be everywhere else.”